For the project I’m currently working on I’ve been relying pretty heavily on the Convention on the Rights of the Child.

My first impression of this instrument was positive. Here is a Convention that recognizes children as subjects of rights, rather than as mere objects of protection. Over and over I have seen the same line of reasoning behind the Convention that children are uniquely vulnerable and so require additional protections.

But these two stated aims of the CRC – to recognize children as subjects, and to extend to them additional protection because of their status as children – actually coexist in significant tension. This might be obvious to most people. But I didn’t realize it until I started reading Mary Beloff’s book, Los derechos del niño en el sistema interamericano. 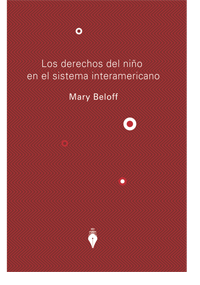 I could talk about how the idea of the child and childhood is a strange social invention, although one that I don’t think is totally unnecessary. But that’s an issue for a different blog post.

Article 3.1 of the CRC contains the first mention of the “best interests of the child”:

In all actions concerning children, whether undertaken by public or private social welfare institutions, courts of law, administrative authorities or legislative bodies, the best interests of the child shall be a primary consideration.

As Beloff points out, the concept of “best interests” is nowhere really defined, either in the CRC or elsewhere. The concept is the modern-day culmination of the traditional legal paradigm that sees children as objects of protection, which makes sense. But what is it doing in a breakaway new international instrument that was supposed to change the conversation and honor children – that is, persons who have not yet reached the age of majority – as juridical subjects in their own right? At the same time the CRC upholds the right of a child to, e.g., participate and be heard in any legal or administrative decision that affects her, it seems to be conspiratorially winking at the (adult) authorities involved in those processes, as if to say, don’t worry, we know that you really know best.

Beloff also highlights the fact that pretty much every State has signed the CRC. (Somalia and the United States have not.) She suggests that this is because the stakes just aren’t that high, and because it makes a State look good – “We signed this Convention because we care about our children.” The Convention doesn’t, for example, create an independent body that would be responsible for monitoring States’ implementation of their treaty obligations.

That is all basically true. But, setting aside the (low) frequency with which adults make decisions that reflect their best interests, let alone those of other people, this tension built into the CRC takes on a more sinister aspect when it comes to, for example, guardianship. My understanding of guardianship is not very profound, but what I do know is that unaccompanied children, children removed from the care of their parents, and others in comparable situations must be, absent emancipation, automatically assigned a legal caregiver responsible for making decisions in those children’s best interests. The guardianship framework also persists in the contexts of the elderly and of persons with disabilities. I don’t necessarily want to suggest that we do away with guardianship altogether, but it seems to be a one-size-fits-all solution for a variety of circumstances whose parties might benefit much more from a more nuanced approach. Guardianship is a monolith in the field of psychosocial and intellectual disability and human rights, as people who don’t want to live in group homes have to fight to be able to lead their own lives. Guardianship is the assignment of a person’s rights to someone else. The implications of something like the CRC for other human rights focus areas are significant. 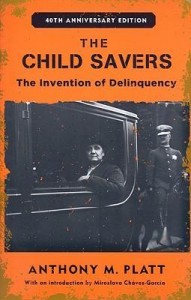 The dark side of “best interests” also emerges upon examination of the origin of the idea of juvenile delinquency. Beloff cites Anthony Platt’s well-known book, The Child Savers: The Invention of Delinquency, to draw attention to the fact that the original “delinquent children” in the West at the turn of the 20th century were seen as society’s youngest undesirables. The first “children’s rights activists” used the “best interests” justification to jail children and dissolve families who were seen as incorrigible, a social problem whose apparent failure to thrive was in no way connected to a systemic conflation of poverty with moral failing. Perhaps “best interests” needs to be included in an instrument like the CRC. But after reading Beloff I wonder if it doesn’t require some serious reworking before it should be given that honor.