I was super excited when I found out that I would be working at the One Earth Future Foundation this summer, both because I knew it would be a fascinating place to work and because I had never spent any significant amount of time in the U.S. and was curious about what it would be like to live here. Throughout the last months of interacting with my co-workers and roommates, I’ve learned a lot!

The Fourth of July is not a day but a week-long celebration. The group of interns went tubing on Boulder Creek and had a fantastic day!

Colorado, and specifically Boulder, fits the stereotypes. Boulder is often called the fittest city in America, and I can definitely see why! Everyone runs marathons, or ultra-marathons for that matter, does triathlons, ironmans, rock-climbs, does yoga etc. It’s both terrible for my own ego and fantastic motivation!

Politics comes up quite frequently in conversations (I might have something to do with this…)  Somewhat counterintuitively, marijuana was legalized in Colorado in January of this year, yet gay marriage is not. I asked around about this and found out that Colorado has both some of the most liberal and most conservative cities in the country. This results in some seemingly inconsistent laws.

In terms of local perspectives about Canada, we discuss healthcare a lot (of course), and I found out that Rob Ford has overtaken Justin Bieber as the most famous Canadian. Excellent. Similarly, talking about Canadian and American history yields some interesting discussions. For some reason or another, I started talking about the Loyalists and was immediately shot down with a “You mean the Tories??”.

So there haven’t been many major adjustments and the few that we have come across are more entertaining than anything. Hiking (and driving) in miles seems to take forever, I still spell “Canadian”, and don’t even get me started on my dislike of dollar bills. But, overall I love Colorado! 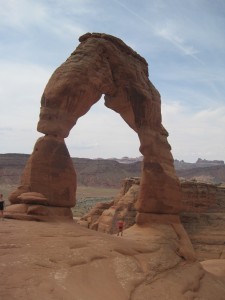