Knowing that my 24th birthday would be celebrated just hours after my arrival in Colorado and far  from all the people I knew, my mother made an effort to add thoughtful elements to my going-away/early  birthday party. Our kitchen ended up looking very similar to what one would find if they were  to attend  the birthday party of a 6-year-old child. The tablecloth featured a cartoon depiction of pirates,  complete  with the skull head and words such as “arr!” and “ahoy” printed across it.  The serving jugs  were adorned  with eye patches and the cupcakes equally decorated to reflect the pirate theme. The point I am making here has nothing to do with my mother’s talent for throwing themed parties. Rather, it is to show how pirates have been depicted so as to ignite the romantic imagination. Our images of pirates include men with eye patches, pegged legs, and parrots perched on their shoulders. We think of pirates as adventurous and daring seafarers; people from the distant past who braved the harsh waters in search of the infamous “X” that marks the spot…

It would be untruthful for me to say that modern day pirates lack the brave and  daring  qualities historically associated with them, because they are both of these things  in the boldest  sense. Pop culture has also bestowed on pirates a certain heroic persona.  And, despite the  barbaric and violent nature of pirate attacks, this quality is one that the  pirates of today continue  to lay claim to. Pirates are not heroes, but their motives are  complex. Some pirates have claimed  they are simply protecting their internal waters  from the disastrous effects of illegal fishing, while  others say their criminal activity  allows them to provide necessities for their families whose  survival would otherwise be  threatened. I do believe that modern day piracy grew in part out of  these concerns;  extreme poverty and lack of job opportunity made piracy an attractive option for  many  young men. However, while these justifications for hijacking ships are still cited by many  pirates, piracy has since developed into a multi-model business enterprise. 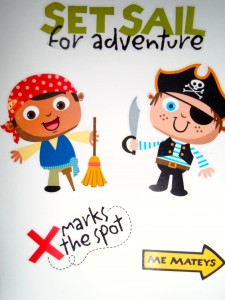 The players, targets and locations are always evolving in an effort to secure additional profits, just like any other commercial activity. Incidents of piracy occur in internal and international waters alike. Seafarers traveling in commercial vessels, dhows, local fishing vessels, cruise ships and trawlers are all potential victims. While piracy used to occur mainly off the cost of Somalia, it has now extended its reach across East and West Africa as well as through South East Asia. The buccaneers can be seeking commercial goods, personal property, knowledge or hostages for ransom. Pirates are violent, unpredictable, and innovative. My image of piracy has been completely revolutionized and hopefully yours will be too; there is nothing mythical about them.

Before I left for Colorado, so many people would ask me: “What does Colorado have to do with piracy?” Well, I’m happy to say I finally have an answer. The impact of piracy is so vast and so widespread in terms of its effects on seafarers and international transit that it qualifies as a global problem that requires a global response. Ocean’s Beyond Piracy may be operating out of the small town of Broomfield, Colorado, far from pirate-infested waters, but it has recognized the devastating potential of pirate activity and the urgent need to respond to it both on location and all away across the world.