Imagine for a moment that you have a 20 year-old sister named Rachel who has severe intellectual disabilities. While Rachel can usually answer simple yes or no questions, she is for the most part non-verbal. Further, as a result of her particular mental capacity, Rachel is not generally able to understand complex ideas – particularly those pertaining to concepts like health or long-term well being.

Imagine now that it is ten minutes to midnight, and as per usual, Rachel refuses to brush her teeth. Should you be able to force her to do it, even though she hates it? On the one hand, you are aware of the fact she is an adult, and that she is entitled to make her own decisions about how she wants to live her life. And anyway, you feel terrible about forcing her to do something that you know she hates or feels uncomfortable doing. On the other hand, you know that if Rachel doesn’t brush her teeth on a regular basis, she will surely develop severe health problems and eventually have to have her teeth removed. Not only will this be painful and expensive, but it will cause her a great deal of discomfort on a daily basis and prevent her from eating many of her favourite foods. Rachel, for example, absolutely loves eating a hot dog at a Blue Jays Game, and you dread the day when you will have to deny her one on account of teeth problems that she may not fully understand. You are also afraid for her: the kids in the “normal” stream at her public school already giver her a hard time for being different – imagine what they would say if her teeth were missing (though of course they shouldn’t care, this is the society in which Rachel lives in). But no matter how many times you try to explain the consequences of not brushing her teeth to Rachel, you know that because of her particular mental capacity that she just won’t be able to fully grasp the implications of her choice. And deep down you know that if she did understand those implications, she would probably just suck it up and brush her teeth. As a loving sibling who respects Rachel’s autonomy but also cares a great deal about her well-being, what are you supposed to do? More importantly, what should the law allow you to do in such a case, if anything? 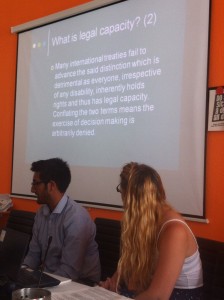 Take another example. Your husband Robert is dealing with a mild form of paranoid schizophrenia. Though Robert’s condition is extremely manageable and for the most part highly stable, every so often his symptoms become severe for a short period of time. Over the past few months, Robert and yourself have been making extensive plans to move into his late mother’s flat that he recently inherited. Everything is ready – the new floors, paint, tiling etc – when suddenly Robert’s symptoms flare up he becomes convinced that moving in is no longer a good idea and that instead he should sell the flat immediately. You know – or at least you believe that Robert is not thinking clearly and that he would regret it immensely if he were to proceed with the sale. You try to talk him out of it by revealing the contradictions in his current thoughts on the matter and emphasizing his previous plans, but it doesn’t seem to work. Robert has already found a buyer and he is convinced he needs to sell the flat as as fast as possible, even if at a significantly reduced price. Should you be allowed to intervene? if so, for how long and with what powers? 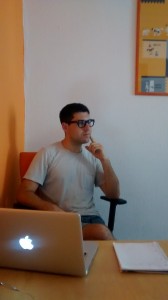 The answers to these questions are far from easy, and they have occupied the minds of legislators from as far back as those who instituted the system of tutorship in Ancient Rome. They are also precisely the questions we at MDAC had to grapple with this morning during a presentation led by some of our interns on the notion of ‘legal capacity.’ For the next few days, MDAC’s interns will be leading presentations on different aspects of this central concept in disability rights as a precursor to a much larger research project that MDAC will be launching sometime in the coming months.

“Legal capacity” is a legal construct that signifies the ability of an individual to have and exercise rights and obligations, which range from taking out a loan to consenting to medical treatment. In the case of persons with intellectual or psycho-social disabilities, the notion of legal capacity has often been conflated with that of mental capacity, which has led to a system of enforced substituted decision-making, whereby the capacity of these individuals to make even basic decisions is stripped from them and placed in the hands of a family member, friend or representative of the state. For the governing UN treaty on disability rights – the CRPD – the answer to this tendency is clear (see the 2014 General Comment): such a conflation of legal and mental capacity is simply discriminatory and therefore arbitrary, and states should therefore abolish all forms of substituted decision making. But is this position always defensible? 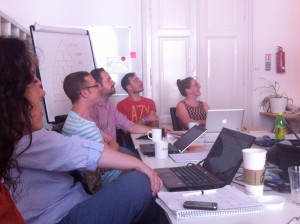 During the meeting, we looked carefully at the two examples above in order to take a more nuanced look at the CRPD position and the particular conception of individual autonomy upon which it relies. As most of us seemed to agree, the CRPD’s call for a movement away from substituted toward supported decision-making is a well-needed intervention in a huge number of cases where a person’s most basic rights and capacity for autonomy is arbitrarily taken from them solely on the basis of disability. However, when we took the CRPD’s logic and applied it to cases like those of Rachel and Robert, not all of us were entirely satisfied with the potential consequences of such an unbending position.

How responsive would Rachel be to the kind of supportive decision-making that the CRPD advocates? What would that look like? Are we satisfied that her autonomy is even enhanced by allowing her short-term discomfort to overcome the long-term well-being she may be absolutely incapable of seeing? How about in Roberts case, where it is highly likely that Robert might actually get really upset with his partner for allowing him to sell the flat during during a difficult period in Robert’s schizophrenic cycle?

At the end of the session we were of course left with more questions than answers. Moving forward, we will be hearing presentations on some promising approaches from jurisdictions that have made great efforts in trying to define autonomy and ‘will and preference’ in the context of persons with mental disability. We will also be looking at how they balance the protection of these rights against other core rights, such as the right to health, life and long-term well-being. Slowly but surely, we hope to build effective guidelines for states trying to promote the right to legal capacity for individuals with mental disability. Stay tuned for more developments!