It’s starting to feel like I’ve been here forever. I am not saying that the time feels long. In fact, the days have flown by. It’s just that I’ve absorbed so much knowledge and experienced so much change in such a short period of time that seems impossible that only two months have passed since I arrived in Colorado

I have become so engrossed in my work that the weeks are passing in the blink of an eye. I have been  extensively researching piracy’s kidnap for ransom model and, more specifically, the “forgotten hostages”  that it claims as its victims; those whose governments and ship-owners have refused to pay the ransoms that stand in the way of their release. The days, months, and even years pass as the hostages gradually lose faith in ever being rescued, while the pirates desperately cling to the hope that someone will eventually fork up the sums they have demanded.

The most famous incident of kidnap for ransom by pirates is the case of Captain Phillips, who was held hostage following the hijacking of the Maersk Alabama back in 2009. Fortunately, the U.S. navy was able to step in and successfully rescue their Captain.

Now, imagine the 26 crew-members of the Naham 3; hijacked on March 26, 2012, they have remained hostages since that day.

Their ordeal isn’t over. Our work has just begun. If and when they are released, the world will have changed, their jobs will have been replaced, their economic situation will have worsened dramatically, on top of the physical and mental repercussions that they and their families will have endured.

This world can indeed be a cruel place, but Colorado serves as a constant reminder of the tremendous amount of beauty that it also contains.

I have completely immersed myself in the “Boulder culture”. Known for its peculiar ways, Boulder County is characterized by its hippie vibe and outdoor lifestyle. As a result, I have become an inspired yogi, a lover of organic produce and an avid hiker. 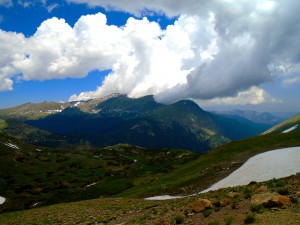 Keeping busy with all of these new activities has made the transition to Colorado rather seamless, though there have been a few mishaps along the way –

Like the time the hike to Diamond Lake became a hike into Diamond Lake. Wearing nothing but shorts and a t-shirt, we hadn’t anticipated the mounds of snow and ice that we would encounter along the way. When we finally made it to our destination, it appeared as though the lake was surrounded by firm, snow-covered ground; that’s until I fell through the snow and into the glacial water.

And, despite my usual aversion to cats, I’ve befriended a cute grey one. Leaving the house in a rush one morning, I found out the hard way that he’d left me a dead mouse offering right by my front door. If he’d only known that if there’s one thing I dislike more than cats, it’s definitely mice. 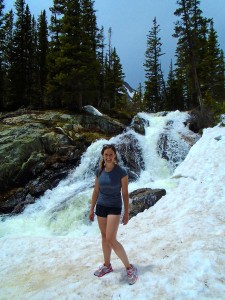 But, if there’s one place I love, it’s definitely Colorado. If you ever make your way to Colorado, you should know that when you say “sorry” to someone, they won’t say sorry back like Canadians tend to do. Instead, they will kindly tell you “you’re fine” or “you’re okay”.

They’re right. I am okay. More than okay.