Coffee. Some people drink it religiously, whilst others, like myself, might (emphasis on might) have a sip once a year. It is a question of preference, no moral undertones whatsoever. I am not a bad or better person for not needing caffeine to function (Although some people are jealous of this ultra-human ability). This said, coffee has its positive and negative side-effects but remains socially acceptable. However, this is not the case for a panoply of drugs that are currently criminalized and drug users who are marginalized. As a communication studies major in a previous life, I have always been sensitive to how the media, particularly mainstream, depicts marginalized populations or deviant behaviour.

From the Western world’s blanket depiction of devout Muslims as extremists, or criminal masterminds systematically depicted as leading drug rings, drugs seem to be an evil to be eradicated. Realistically, prohibiting drug use, production and distribution is outrageous. Various drugs have roots in medicinal and even cultural practices. Take for example the coca leaf used for centuries by the Bolivian peoples to help deal with altitude ailments. What does all this have to do with my internship at the Canadian HIV/AIDS Legal Network (the Network)?

The topic of my second blog post was inspired by recurring interrogations people have been having with the Network’s drug related projects. Goal #3 of the organization’s 2014-2017 aspirations include demanding human rights for prisoners and people who use drugs. This has been a source of confusion for many individuals as the link between drug users and HIV is not necessarily clear to everyone at first glance. The human right at risk here is access to health. People who use drugs face serious health risks closely linked to HIV transmission when adequate syringes and other drug-use equipment are not offered.

Midway through my internship at the Network, I was lucky enough to witness the inner-workings and preparations of various important symposiums including the preparation of the Canadian Delegation to UNGASS 2016, on drug policy reform. Initially schedule for 2019, the Special Session of the United Nations General Assembly on Drug and Crime was brought forward to 2016 in light of the outcry of various countries outraged and disappointed by the failure of the war on drugs. Notably, civil society is currently mobilizing to advocate for supervised consumption services, enhance political and legal support for needle and syringe programs, and ultimately defend the human rights of people who use drugs.

From the various conferences organized by the Network,  I quickly learned that punitive drug laws and policies impede access to harm reduction for people who use drugs, which indirectly also has an impact on indigenous peoples, black communities, and prisoners to name a few. The global war on drugs has failed and prohibitionist policies are crumpling people of various populations.

Drug use in certain regions of the world are culturally accepted, and have been so for centuries. Bolivia, for instance, stopped campaigns of forced eradication of crops because chewing of coca leaves was and still is a part of their lives. The President ignored the international control system and did not accept the belief that the Coca leaf was a dangerous drug. This is a perfect example of how outdate laws and practices do not only impede the right to health but the autonomy and cultural practices of aboriginal peoples.

In Canada, the Network has been part of various initiatives from Supreme Court interventions to cases based in Russia and other regions of the world. I had the opportunity to participate in our national contribution to an international campaign: Support don’t Punish, a global advocacy campaign calling for better drug policies that prioritise public health and human rights. While certain countries have been using the International Day Against Drug Abuse and Illicit Trafficking (June 26th) to publicly execute illicit drug users, civil society has come together to advocate for better policy reform. In collaboration with the Canadian Students for Sensible Drug Policy and the International Centre for Science in Drug Policy, the Network participated in a rally on June 26th of 2015. To prepare for the event, I worked with various members of the Policy Analyst and Communications Department teams to create the Network’s our spin on the Support don’t Punish campaign. Taking people of various backgrounds to take a stand against the war on drugs, we created the following social media piece: 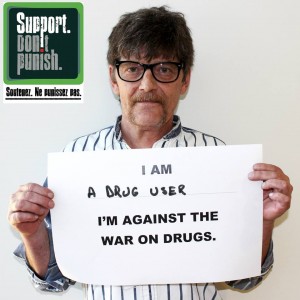 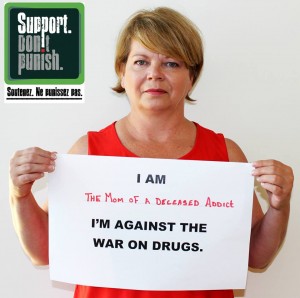 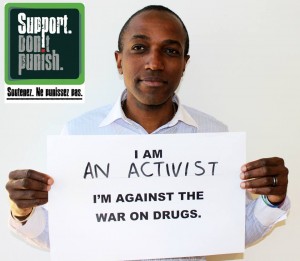 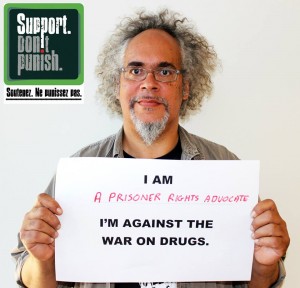 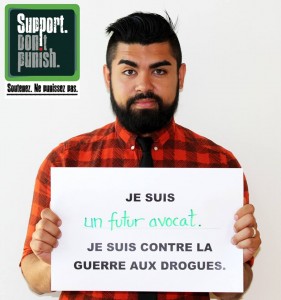 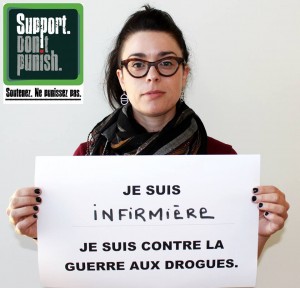 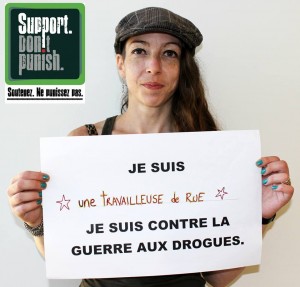 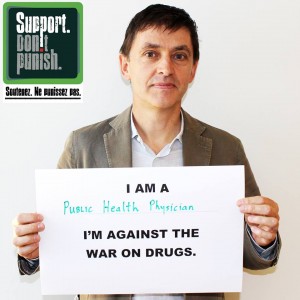 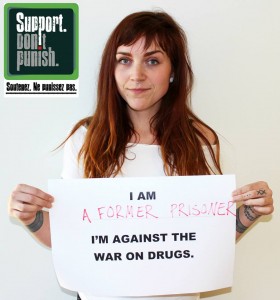 What’s next for Quebec? Safer Injection Centre or Supervised Injection Site (SIS) are currently in the works for our beautiful province. Hopefully, we will be able to follow the footsteps of the 2003 safe injection site (Insite) based in British Columbia. Needle exchanges do exist in Montreal, but safe injections sites are the next step in the paradigm shift towards drugs. A sterile and safe place where drug users can use their own drugs under medical supervision and with access to a variety of services. With over ten years of scientific evidence, SIS do not promote criminal activity. In fact, they save lives by preventing overdoses, as well as HIV and hepatitis C transmission.

That said, informed discussions surrounding sound drug policy are inevitable when talking about the right to adequate health services. Lives are at stake and Canada should become a leader in drug reform globally. Like coffee, drugs are consumed and who are we to judge? I do not judge people who drink coffee. So just because one does not consume such substances does not mean they are better people (duh!).