I am currently on a First Air flight back to Montreal.

We just stopped for a brief layover in Kuujjuaq after departing from Iqaluit.

I feel like now is as good a time as ever to continue my blog.

I think my circuit to Pond Inlet is a good place to start.

During their summers, students at Maliiganik sometimes get the chance to travel on what is referred to as a “circuit court”.  As the largest subdivision in Canada, access to justice in Nunavut is hindered by how interspersed the communities are across this great expanse of the far North.  Just to give you an idea of the sheer magnitude, the distance from Pond Inlet to Montreal is about the same as the distance from Montreal to Jamaica; and yet, both are located in the same country.

I travelled on circuit from July 17-24th.  Our trip began with a short layover in Clyde River.  Thereafter, we continued to our destination.  I am positively confident in saying that Pond Inlet is the most beautiful place I have ever visited.  The view from our hotel (the Black Point Lodge) spanned a large bay of ice blocks drifting gently with the current, and across the blue water stood the mountain range of Bylot Island: a bird sanctuary.  From higher up, Mount Yerodia was visible to the east and the distance to both was underscored by how spectacular the view was. 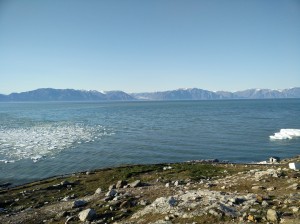 The day after arrival, we began preparations for the court circuit by interviewing clients, potential witnesses, etc.  The two lawyers and court worker who I accompanied on this trip, worked tirelessly throughout the weekend to ensure that we were prepared for court on Monday.  In turn, I assisted in interviewing clients and witnesses, and prepared some youth cases as well.  Moreover, when the Crown prosecutors arrived later, I helped negotiate some joint positions.  This was a fantastic learning experience as I spoke to summary matters in court for the first time. 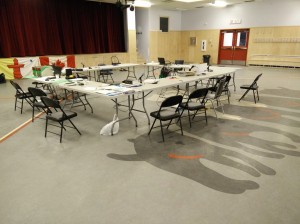 The beauty of Pond Inlet and the learning opportunity I have described mask the extreme pain which I witnessed during my time in the North. Many of our clients have endured some absolutely horrific events in their lives and some of the trials were difficult to listen to at times. The complexity of the situation is brought into full light when one considers present offences through a neo-colonial lens and sees the court as a continuing vehicle for past colonial injustices.  Indeed, there is a lingering feeling that justice is happening to the Inuit rather than for them. Conversely, I am sensitive to the plight of the complainants who were often women and children.

There is quite simply, no simple answer. 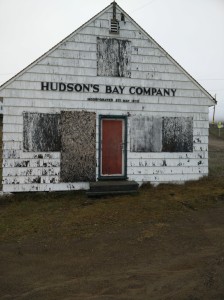 I am grateful for the time I have spent in the North.  I have been introduced to such a rich culture which was built on the tundra and ice of the Arctic.  Before leaving, I had the chance to visit Qaummaarviit national park, which is a short boat-ride away from Iqaluit across Frobisher Bay.  The ancient Inuit used this rocky outcrop which extends into the bay as a strategic outpost where they could hunt seal and walrus in the sea while maintaining land access to the caribou herds.  Moreover, they developed some ingenious forms of technology to assist in their hunting exploits.  One striking example that comes to mind is the toggling harpoon and float system that permitted the hunting of large sea mammals—such as whales—in open water.  On entry to the target’s skin, the specifically designed harpoon head would turn sideways, leaving the initial shaft to fall away and the attached float to tire out the animal.  I am amazed by the brilliance of this crafty device. 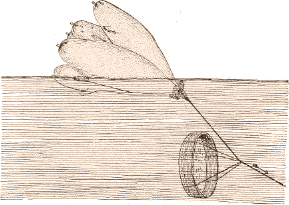 I head back to the South with mixed feelings.  Sad to leave such an incredible place with equally amazing people, but happy to go home as well.

I have learnt a lot during my stay in Iqaluit and hope to return soon.