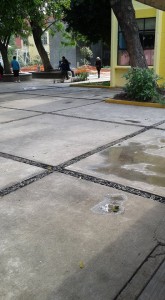 Most psychiatric institutions hold people for a lifetime, however there are some exceptions in which cases the patients are discharged to Mexico City’s locked, residential shelter system, the CAIS, due to lack of resources in the community. The CAIS Villa Mujeres is surrounded by tall walls and a solid smell of urine surrounds the place. The conditions are degrading and unhygienic. There are feces and urine on the floors and the whole place is very dirty.  Furthermore, the institution is unequipped for dignified living and incapable of providing adequate treatment to the people under its custody, including lack of professionalized staff. CAIS Villa Mujeres holds around 450 women and only around 20 staff members to take care of them.

It is ironic that this institution is called “Centro de Asistencia e Integración Social”, but the residents have no contact with society and are kept isolated within the walls of the institution. Most stay here for life with no contact with family or friends. When we entered, all the women were surprised to see us and came running to give us hugs and collect snacks. They don’t usually get visits, so they were very grateful and enjoyed interacting with us. Their stories were very sad and all of them wanted to get out. 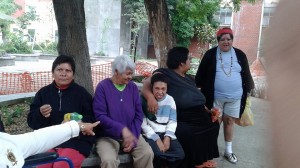 One lady who lost her leg during an accident in the metro and lived on the streets before being placed in this institution told me that she has her brother’s phone number and that her family have no idea where she is, but she is not allowed to contact anyone. Most women are abandoned by their families with no contact; some don’t even have an identity. Furthermore, the institution not only holds women with psychosocial disability, but also women from the street and abused women, whom the government should be helping but instead they are also placed in this institution as abandonados.

I saw a young lady with her nine months child, who was crying. Her boyfriend continuously abused her and she ran away on the streets before she was placed in this institution with her child. Many women had bandages around their ankles or arms from falls or accidents. Another woman said that she was sexually abused multiple times by a former staff member. Many were just homeless, living of poverty, and thrown in the institution.

DRI is advocating for the rights and full participation in society of people with disabilities. The goal of these visits is to collect evidence and document abuses in these institutions. In September 2014, DRI took part in the United Nations Convention on the Rights of Persons with Disabilities (CRPD) Committee’s evaluation of Mexico’s efforts to implement the CRPD and submitted information contained in their 2010 Abandoned and Disappeared report as well as the preliminary findings of their 2015 Twice Violated report. The UN CRPD Committee urged the Mexican government to reform its institutional system, and expressed concern about the total lack of strategy or plan to de-institutionalize people with disabilities in Mexico, contrary to article 19 of the CRPD.

Most of the week, I have come to the office to read the DRI reports on abuse, torture, human trafficking and problems with institutionalization. In recent years, the conditions in CAIS facilities in Mexico City have been documented by the UN Special Rapporteur on Torture and the Federal District Human Rights Commission. In 2014 the UN Rapporteur on Torture reported that individuals at the CAIS live in unsanitary conditions, in a state of abandonment, and lack medical attention or any hope of return to life in the community (Report of the Special Rapporteur on torture and other cruel, inhuman or degrading treatment or punishment).

According to the CRPD Committee, “there has been a general failure to understand that the human rights-based model of disability implies a shift from the substitute decision-making paradigm to one that is based on supported decision making”. (UN CRPD Committee, General Comment No. 1 (2014) Article 12: Equal recognition before the law). In Mexico, the moment a person is diagnosed with a disability, he/she is stripped of all his/her rights and these can be overruled by an appointed guardian (family or director of institution). The violation of the right to legal capacity in Mexico is a grave violation of the sexual and reproductive rights of persons with psychosocial disabilities, especially of those detained in institutions where there may be sexually abused or be subject to forced sterilization, in which cases their consent is substituted by the guardian’s decision.

Reading these documents is emotionally very demanding and hard. All my colleagues have advised me to also go around and look at the city to see the beautiful side of Mexico City as well. Reading about the very inhumane conditions in which people with psychosocial disability live and how society and government treats them is very depressing.

Thus, the first week has mainly been about finding the balance between the very emotionally demanding work and my mental health. Most colleagues exercise, meditate or dance. I have taken walks before and after work around the beautiful historic center of Mexico, Zócalo and Bellas Artes. I also go jogging in the evening to keep active and change my ideas. My colleagues are very loving and I always enjoy going out for lunch and talking about life; it is the happy part of my day at DRI. 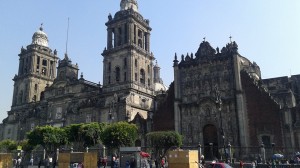 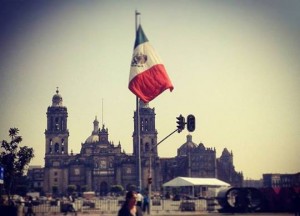