I find that whenever I go somewhere new I play the “same, same, but different” game. I think it is human nature to try to find similarities between new places and home, but we are also quick to spot differences. My first few weeks in Colorado have not been an exception to this human quirk. Everywhere I go, I find myself relating it back to home in some way, while finding strange but subtle differences. For example, all the amenities in kitchens here are obviously the same as at home, except for the fact that all sinks have garburators (which are banned in most Canadian cities). My roommate makes fun of me for how afraid I am to turn it on.

Where I’m from, there are lots of mountains just like there are here in Colorado. However, the mountains at home are little, rolling and green; the tail end of the Appalachians. Here, we are at the height of the Rockies in all their glory; towering and jagged. While I’ve done quite a bit of hiking on the east coast, nothing could have prepared me for the outdoors culture of Colorado. I spend at least one day per weekend scampering up mountainsides, cursing the altitude, and marvelling the views. 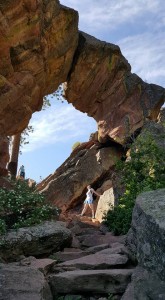 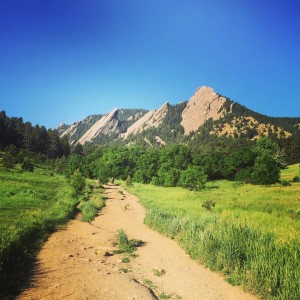 Kitchens and mountains aren’t the only place where things are same, same, but different. Having worked at a student-run not-for-profit organization for two years, working at One Earth Future (OEF) has a comfortable familiarity about it. I am, once again, surrounded by passionate and incredibly intelligent people, working for a cause they believe in. One Earth Future has similar successes and growing pains that most not-for-profits have. In a lot of ways working here is very “same same” as my previous job.

However, the organization I previously worked for was structured much like a union; we recognized that students could not accomplish much individually, but collectively they could advocate for a better world and create change. One Earth Future is the complete opposite. The organization was born out of one family’s generosity and vision for world peace. This is the greatest difference I have noticed so far.

One Earth Future’s unique structure speaks to the reality of a large portion of international human rights work. With a lack of global governance, individual actors who care about specific problems try to make a difference in whatever way they can. The founders of One Earth Future saw maritime piracy as an issue that was receiving little attention, and focused their resources there as a result.

In my first few weeks here, I spent a lot of time thinking about this dynamic. I wondered what the state of maritime piracy would be like if One Earth Future had not chosen to focus its resources in that direction. Would piracy off the coast of Somalia have decreased in the same way as it has under the watch of OEF? I also wondered about all the other important causes that don’t get attention from international human rights organizations. I worry about the “too small” issues, and the “too political” issues. Who is caring about them?

I haven’t stopped worrying and I haven’t stopped wondering about this, but I have forged ahead with my work on piracy. I don’t expect these questions to ever go away. In fact, I expect any time I work in international human rights I will ask similar questions, just maybe about a different topic. Same, same, but different.