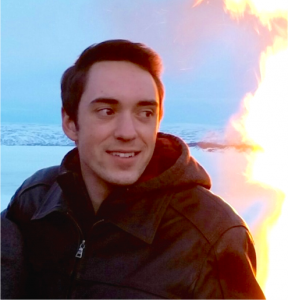 The administration of justice in Nunavut faces a discrete set of challenges, not the least of which is the territory’s vast expanse and geographically sparse population. In order to reach the majority of residents, the Nunavut Court of Justice must travel on circuit. Last week’s circuit in Pond Inlet serves as an example of how the delivery of legal services in the North often requires creativity and flexibility.

The Nunavut Court of Justice usually sits in Iqaluit, where there is a permanent courthouse. On most weeks, however, it also sits in at least one other community. These sittings occur in school gymnasiums, community halls or other facilities. The frequency at which the Court visits each community varies from every six weeks to every six months, depending on the location’s needs. Each time, a host of staff and legal professionals travel with the Court, including a judge, a prosecutor, defence counsel, a clerk and a court reporter. 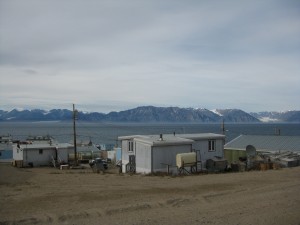 It’s 6 a.m. Defence counsel arrive at the Iqaluit Airport. Four hours later, the plane touches down on the dirt runway in Pond Inlet. Naptime is over. The lawyers climb down the steps of the aircraft, armed with a stack of files and a healthy dose of patience. This week will be a long one. Efforts to locate clients begin promptly as many of the accuseds do not have a phone. Staff contact the community radio station to advise that lawyers will be meeting all accused persons at the local hotel. Meanwhile, the court worker borrows a relative’s vehicle to locate some of the clients himself.

The weekend is dedicated to client meetings. Some have made an appointment, others arrive and wait their turn in the lobby. Most of them have never met the legal aid lawyer who will be representing them in a few days. Everyone is forced to share the space. The dining hall becomes a meeting area, as do a few of the hotel rooms. In each meeting, the lawyer reviews the allegations with his or her client and explains the difference between pleading guilty and not guilty. Discussions sometimes come to a standstill as the interpreter must run from one room to the next. At some point during the weekend, the Crown prosecutors arrive with their witness coordinator, and begin conducting meetings of their own. The judge also arrives and meets informally with the lawyers.

Defence counsel continue their meetings with clients. Some are showing up for the first time, others have returned after reflecting on how they will plead. Later in the day, the defence lawyers review each file with the Crown to consolidate their positions and come to joint resolutions where possible. Everyone then attempts to get a good night’s sleep, despite the 24-hour sunlight. The show starts tomorrow.

Court begins at 9:30 a.m. in the community hall. Dozens of people are in attendance, including accused persons, witnesses and family members. The court clerk works through the docket in a roll call fashion. Bench warrants will be issued for absentees in order to secure their attendance. Crown and defence counsel agree to begin with as many simple files as possible. The day therefore consists mostly of guilty pleas. After sentencing submissions, the elder sitting beside the judge is afforded an opportunity to speak to every accused. He offers guidance, and the judge often quotes from his advice in passing the sentence.

The in-custody accuseds arrive in Pond Inlet. They have been flown in from the Iqaluit jails to be tried in their community. This week, they will be housed in the RCMP detachment cells. Guilty pleas continue. Trials begin in the afternoon. It becomes obvious how dated some of the charges are, having been delayed due to the infrequency of circuits, the availability of witnesses, and a variety of other reasons.

The trials continue, interspersed with guilty pleas from files that have been resolved overnight. Systemic pressures become more apparent as the lawyers and the judge speak with increasing candour. Some files must be prioritized while other may not be heard this circuit. By the end of the day, the Court has heard most of the cases. Counsel, the judge and community members dismantle the makeshift courtroom of folding chairs, tables, laptops and mobile internet terminals.

Defence counsel, prosecutors, court staff, the judge, an RCMP officer and the prisoners board a flight back to Iqaluit. It’s naptime again. 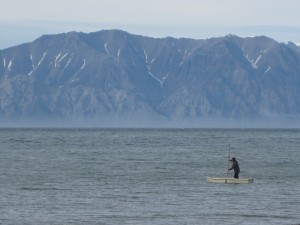 This play-by-play of a court circuit illustrates some of the unique circumstances under which the delivery of legal services operates in Nunavut. While circuit courts offer a number of advantages in the North, namely allowing the accused to be tried in his or her community and facilitating access to witnesses, they also pose a number of issues. The quality of representation may suffer under heavy dockets or strained schedules, and the continuity of counsel from one sitting to the next cannot be assured. These are but a few of the challenges to practising law on the go.