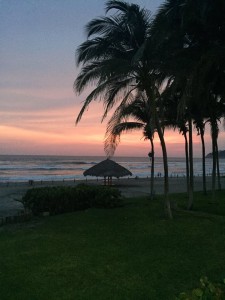 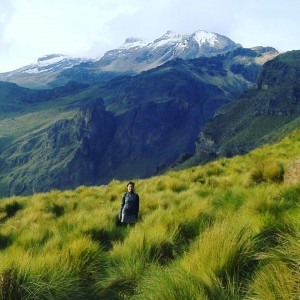 Indeed it is a beautiful life!

My involvement with DRI made me realise that there is a lot of work and change needed to give a life of dignity to people with disabilities. I am impressed by the strategy and impact of DRI in the world. Small offices, but amazing work! DRI Mexico take cares of Mexico and Guatemala’s cases; two people taking care of two nation’s advocacy for disability rights, that is immense!

DRI is pushing both Guatemala and Mexico’s government to move from a system of institutionalization to community based services for persons with disabilities, in accord with article 19 of the CRPD for the right to community living. For this change to happen through advocacy, awareness and litigation, all three levels have to be involved: the local, the national and the international. DRI works closely at the local level through monitoring and interviews with victims, institution workers, families; also with the government at the national level to report cases, work on policy changes, and recommend the development of community programs; DRI also reports to international bodies with standing such as the IACHR, the CEDAW, the CAT, UNHRC to pressure the unwilling government to fulfill its international responsibilities.

At a national or governmental level, I have experienced how difficult change might be when faced with an oppressive and unwilling government. The State of Guatemala, with a lot of international pressure have moved to sit for negotiations and starting many pilot projects to move persons with disabilities in community based programs and help their integration. DRI is involved in negotiations to push the government to fulfill these obligations and hoping to guide the start of these projects. In Mexico, however, DRI is facing oppression, threat and defamation from the government. Even with the ratification of international conventions oriented towards protecting the rights of person with disabilities, Mexico’s government is unwilling to make changes and investigate abuses against this vulnerable group. They have blocked all access to DRI, refuse to process complains and actively threatened DRI workers to not publish reports. In Mexico, these events have forced the workers to seek some kind of legal protection, take classes on security and have created a lot of tension. DRI is working on multiple different strategies to figure out how to continue their mission through international support of United Nations and the Inter-American Commission of Human Rights without which it would be almost impossible to hold corrupted unwilling governments accountable.

The Case of Casa Esperanza

In Guatemala, DRI has admitted a petition against the government of Guatemala to the IActHR for the National Mental Health Institution, Federico Mora, one of the most dangerous intuitions in Latin America and hoping to hold the government accountable for the abuses. This year, in Mexico, DRI would like to repeat the same kind of petition in regards to a very dangerous institution where multiple abuses have been reported called Casa Esperanza. I have been working on the legal analysis for this case, especially trying to qualify forced sterilization happening in this institution as torture to hold the government accountable and urge its international obligation to protect people from torture, especially when these practices take place in public hospitals.

It is great to be part of this movement, slow but effective. There is so much more to learn, see and experience within this field of law and I am hoping to continue my involvement with this organization.