Having just finished first-year law school exams at the end of April, I had about seven days to visit family and friends in Toronto that I hadn’t seen in ages, take care of a massive pile of errands that are naturally set aside to cultivate and grow during exam periods, pay attention to my husband who has been neglected during the past months; leaving me with just about a few hours to pack my bags and move to Colorado for the summer. I barely had any chance to process what had taken place in the last eight months of law school, and I really started to feel disengaged and confused about why I was studying law to begin with.

I arrived in Colorado on a Friday and had two days to settle into my apartment before starting work on Monday. I showed up that morning at the One Earth Future Foundation (OEF), not really knowing what to expect. I was warmly greeted upon my arrival and immediately rushed into a room where I was shown an emotional video about what OEF does, what its mission is, how it operates and so forth. All this was followed by a heavy stack of mundane paperwork to fill out: important steps before embarking on solving world peace. In the video (and in the mundane paperwork) phrases such as: “peace through governance” and “stakeholder engagement” were frequently used, but did not really make much sense until I started communicating with my co-workers and putting the pieces together of how this very interesting and unusual organization was functioning.

OEF is essentially an international “Think” and “Do” Tank. The organization is a non-profit and views its role as providing high quality research and intelligence on issues of inter- and intra-state violent conflict, while engaging various “stakeholders” such as government and non-government actors to implement policy action. There are several departments within OEF that each focus on different issues such as departments working on the role of women in peace and security, issues related to ocean piracy, micro-financing in so-called “fragile” states, as well as the largest department: the research department, which is my home for the summer. OEF is a bit unusual in comparison with many other non-governmental organizations (NGOs) in its choice to use rigorous empirical methodology within its research mandate and in its choice of adopting a “neutral” approach to advocacy. In a sense, they would like the research to speak for itself and prefer to stay away from “cherry-picking” information that fits advocacy goals.

On the other hand, OEF has very broad mission statement objectives such as “a world without war in 100 years”. This is clearly a value laden statement (yes, it’s idealistic) but an overarching one, lacking specificity. In this way, I feel that their approach does have a clear advocacy angle, while also being broad enough to allow for issue-specific adaptability, within this broader framework, that is ultimately informed by their research. The whole idea that a world without war is possible is supported by famous psychologist Steven Pinker who is, interestingly enough, an adviser to the organization.

OEF produces all kinds of different work including academic publications, policy reports, documentary films, op-ed articles, as well as on-the-ground work through their partners and staff members that are located in various countries of interest where programs are directly implemented. Many staff members are themselves either from, or have lived for years in, the countries that they focus on. From what I have seen so far, while their approach is rigorous, it is also rich in quality and multifaceted. 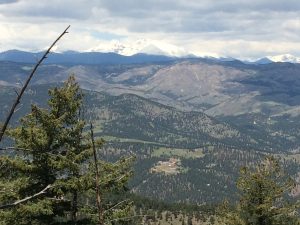 So what have I been working on?

Having come into the organization with a research background behind me prior to starting law school, my supervisor (who is the director of the Research Department) decided to allow me to define my own project that touches on my interests in human psychology. I have been working with a large dataset collected from thousands of people across 60 different countries that asked people questions related to all sorts of beliefs and personal values. Broadly speaking, I am interested in which types of reported beliefs are associated with people’s tendency to justify violence against others, including support for war, as well as how country-level socio-economic and political factors may interact with personal-level beliefs. For example, how do country-level factors such as GDP, income inequality, homicide rates, and years of civil war modulate the relationship between various beliefs and violence justification at the individual level?

Another project that I am assisting with is the creation of a Maritime Security Index. The idea is to take in massive amounts of data from many different sources and try to build an intuitive index that will help identify which countries are doing a poor job and which countries are doing a good job at ensuring security on their coasts and in their waters. This includes measures related to human trafficking by water, illegal fishing, environmental violations, piracy, drug trafficking, and so on. I have been having a lot of fun “geeking out” over index methodology with some PhD scientists on the team. While this highly mathematical approach may seem (and most definitely is) far removed from the qualitative reality of people who are suffering as a result of violence at sea, it is really important that we get the numbers right. In delving into some of the index methodology of various indices created by other NGOs, there are instances where the creation of these indices is questionable at best. For example, one such organization (which shall remain unnamed) decided on the “weighting” of various sub-indices based on how many hits came up on a Google search of the topic. OEF’s index will be used to single out countries that are under-performing in relation to some of their international agreements, and therefore, the nerds do have an important role to play here.

What other cool things have been going on at OEF?

I have also been learning about other really interesting initiatives at OEF. The research team has an ongoing project whereby they try to predict the onsets of coups d’état in different countries. OEF also recently co-hosted an event on “Peace Through Technology” which discussed ways in which technological innovations could be leveraged to promote peace-building. The Oceans Beyond Piracy team is also heavily involved in hostage rescue operations in Somalia. One of my favourite ongoing projects that I learned about from my next-door office cubicle mate Roberta Spivak is an event-series that she has been working on as the Editor-in-Chief of the Global Governance Journal. Every year, the editorial team of the journal select an article and host an event at one of the United Nations headquarters during which the author of the article gets to presents their research to a group of UN Ambassadors. These Global Governance Discussion Series are meant to stimulate conversations between researchers and policy makers.

Do I have a life?

Outside of work, I have been trying to take full advantage of the gorgeous Colorado landscapes. Just two weeks after my arrival in early May, we saw an unexpected massive snowstorm. While I was not at all prepared, I decided to make the most of it and went snowboarding at a resort west of Denver called Arapahoe Basin. Since then, the weather has been very warm and lovely which gave me lots of opportunities to explore hiking trails not far from Boulder. I’ve also enjoyed a lively Art Walk event in Denver with art galleries opening their doors to passersby until late into the night. On top of it all, OEF also held a cultural experience event for us non-American interns at a Rockies baseball game. I am not a huge fan of baseball, but it was pretty great having a day off and a chance to get to know my colleagues in their “natural” American habitat. 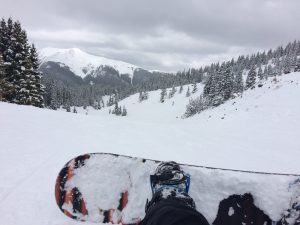 While I am still not exactly sure where my career is going to take me next, so far, this summer internship experience has been a really refreshing and eye-opening adventure. I can now appreciate the true value of an interdisciplinary team working on complex interdisciplinary issues. OEF has staff members with backgrounds all the way from PhDs in Psychology and Political Science, to lawyers, to former NATO guys, to artists such as an in-house filmmaker. Tackling complex issues requires expertise and skills across a range of disciplines, and ultimately, I see myself working in such a dynamic environment in the future.