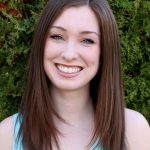 On May 10th I arrived in Blantyre, Malawi to work with the Equality Effect and the local organization WLSA (Women and the Law in Southern Africa).  Although I had been preparing for months to travel to Africa to work with this organization, this internship came to me by surprise. 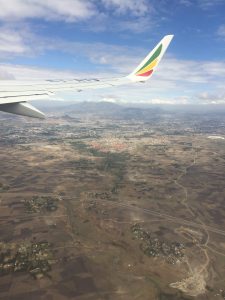 My original placement with the Equality Effect was in Meru, Kenya.  A few days before my departure I got an email informing me that my internship in Kenya was cancelled due to concerns about the political climate.  My Equality Effect director and McGill’s IHRP director worked very quickly to arrange my new internship placement and a few days later, I was leaving for Blantyre, Malawi.  I knew very little about Malawi and I knew even less about what I would be working on, or where I would be living.  But I accepted the placement, trusting that this would be an adventure at the very least.

This last-minute switch seems to have foreshadowed and prepared me for my summer in Malawi. It set the tone for the internship in that I’ve had to be very adaptable and ready to take initiative in situations of uncertainty.  The work that I am doing is very different from what I would have been doing in Kenya, and the Equality Effect projects in Malawi aren’t quite as far along as they are in Kenya. Nevertheless, I feel fortunate to have been granted such a wonderful and unique opportunity in Blantyre. 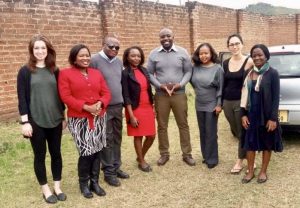 The Equality Effect together with WLSA has been working on a constitutional claim against the Corroboration Rule in Malawi for cases of rape and defilement (defilement is Malawi’s legal term for sexual intercourse with a child).  Corroborative evidence is defined as any independent evidence over and above the complainant’s testimony that confirms that a crime was committed and connects the accused to the crime.  The Corroboration Rule comes from Malawi’s colonial past and is based on the 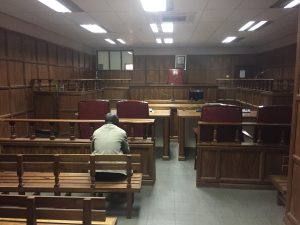 discriminatory assumption that women and girls tend to fabricate claims of sexual violence, and that these claims are easy to make but difficult to disprove.  An example of corroborative evidence often required is a medical examination of the victim to prove that a rape or defilement did in fact occur. . . Of course, this is often impossible to provide for countless reasons.  The Corroboration Rule requires the judge to warn him or herself about the danger of convicting on uncorroborated evidence.  You can imagine how problematic it is to impose this additional requirement on women and girls when there are already so many other barriers to access to justice for survivors of sexual violence.

My co-intern Michelle and I have been going to court to try to find new claimants for the case, although the bulk of our work for the litigation will pick up near the end of our internship.

WLSA has suggested developing a legislative campaign as another route to tackle eliminating the Corroboration Rule.   They’ve suggested that a conference would be a great way to get people talking about this rule and share some of the available knowledge and information within the community.  Michelle and I have taken on organizing this conference, which has proved to be quite a challenge.  Planning these initiatives usually requires a significant amount of time and funding.  Fortunately, we have been meeting with many engaged members of the community and have been coming up with creative ways to overcome these challenges before the end of our short stay in Malawi.

The One Stop Centers

We have observed many barriers to access justice for survivors of sexual violence in Malawi.  For example, police corruption, inconclusive or lost medical exams, a lack of education and awareness about the laws and resources, and most notably a lack of funding for fuel and transportation to bring victims into court or to the police stations.  These barriers all contribute to a high rate of withdrawal of cases, and are exacerbated for women and girls living in rural communities.

Michelle and I attended court twice this week and witnessed how some of these challenges come into play.  For the first case, we waited an hour after its start time for the magistrate to arrive.  Once he arrived, he informed the prosecutor that we could not proceed until the victim attended court.  Earlier the prosecutor had told us that the victim could not attend court because she lived too far away and they had no way of getting her.  A couple days later we came to see another case at 10am.  There was a small 7 year old girl waiting with her mother along with a doctor who came from the hospital to testify.  We all waited for over 3 hours for the magistrate who the prosecutor claimed was stuck in traffic.  Eventually the case was rescheduled to a later date. 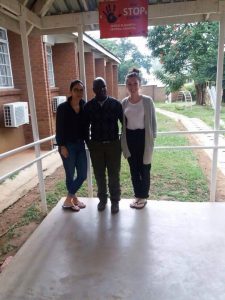 The Blantyre One Stop Center has stood out to me as a beacon of hope among these obstacles for survivors of sexual violence.  At the OSC, victims and their families can come and report an experience of sexual or gender-based violence.  The OSC has social workers, a police officer, a doctor, a nurse, and a counsellor available onsite. They are all very committed to helping each person get the justice they deserve and the counselling they need to move forward.  They also organize awareness-raising events in local schools.  Unfortunately, these centers do not receive any funding beyond the minimal salaries provided to them by the government.  From what we’ve seen, the work of the OSC provides the most immediate results for individual victims. If they had even slightly more funds, the OSC has the potential to create widespread change. Michelle and I hope to help them create a crowdfunding type of fundraiser, and possibly even a student legal clinic to help them reach their potential.

When I was told that we would be going to Malawi instead of Kenya, I had to quickly check on a map to find exactly where this tiny country was located.  I am not sure if it would have ever crossed my radar as a place to visit in my lifetime.  Yet now, it’s starting to feel like home. 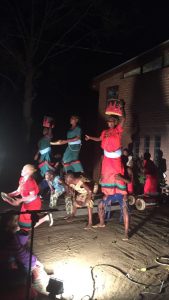 Although Malawi is one of the continent’s poorest countries, it is known as the warm heart of Africa.  This was immediately apparent, Malawians tend to be very friendly and welcoming.  We have a lot of fun with our co-workers and we’ve enjoyed immersing ourselves in the very welcoming arts community at the weekly poetry nights and at an arts festival/party. 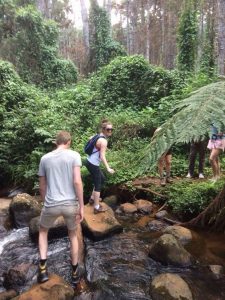 We arrived in their winter time so the landscape is incredibly lush. The fresh air and hilly backdrop makes Malawi feel like paradise.  In our yard, there are two avocado trees from which the best avocados I’ve ever had, measuring about the size of my face, fall almost daily. At night, I could spend hours looking up at the brightest starlit sky you can imagine.  I have found inner peace in Malawi – this country is truly breath-taking.

The first half of this internship has been amazing so far and I have learned so many unexpected things.  Navigating a role where I am encouraged to take initiative in a foreign country with a colonial history can at times be very challenging.  But I have learned a lot about what it takes at the primary stages of a human rights initiative, and I am working hard to ensure that the many skills I develop are appropriately balanced with a positive and sustainable impact on the women and girls in Malawi. 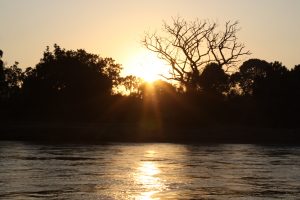