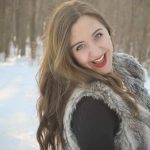 I came to Uganda this summer to work as an intern for the Center for Health, Human Rights, and Development in the city of Kampala. I want to use this post to focus mostly on one aspect if the work that I have done here, and will likely use the next to write more generally about life in Kampala (which, spoiler alert, has been pretty amazing and an incredible experience of self-growth). 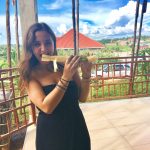 The Center for Health, Human Rights, and Development is an organization comprising about thirty employees. Most of them are lawyers, although vital members of the organization also include administrators, research officers, communications officers, and accountants. CEHURD has three programs which generally function separately from one another, though they are intentionally and intrinsically interlinked. They are Community Empowerment; Research, Documentation, & Advocacy; and Strategic Litigation. In Ugandan NGO terms, I have come to understand that CEHURD is a rather well-known name, despite it being a young organization of only about seven years. 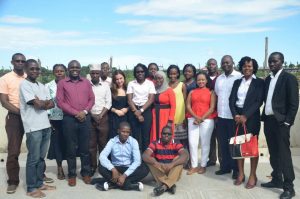 I began my time at CEHURD by attending a court session regarding Ugandan tobacco laws with the Strategic Litigation team, but was soon after incorporated into a project with the Community Empowerment program. This will be a two-year long project supported by The U.S. President’s Emergency Plan for AIDS Relief (PEPFAR). CEHURD’s project is under a PEPFAR partnership with the DREAMS project, which stands for “Determined, Resilient, Empowered, AIDS-free, Mentored, and Safe Women.” The DREAMS goal is to create country-owned and country-driven sustainable programs to address the prevalence of HIV/AIDS among adolescent girls and young women in sub-Saharan Africa. The vision is to combine evidence-based approaches with regards to the structural drivers that directly affect adolescent girls and young women in their risk of contracting HIV. This is where CEHURD comes in. CEHURD’s fieldwork on the DREAMS project involves going into villages to interview adolescent girls and young women as well as a variety of stakeholders. The work is focused predominantly on access to HIV services and the legal and societal context surrounding sexual assault. Due to the societal framework and corresponding views prevalent in rural Uganda, young women who are village dwellers are heavily susceptible to sexual assault. This, in turn, drastically heightens their risk of contracting HIV.

My work on this project began in the Kampala office, where I wrote a literature review for the Community Empowerment team. I researched past work that had been done on this topic, and noted the successes, failures, and recommendations that came out of those studies. This helped to shape and inform the fieldwork. I was also involved in editing and writing many of the research tools for the interviews we conducted in the field. Once the surveys were completed and the stakeholders had been mobilized, I joined the team to spend a week in the district of Gomba, about three and a half hours outside of Kampala. We visited three villages where we interviewed adolescent girls and young women, as well as various stakeholders, including police officers, parole officers, healthcare providers, NGO officers, and various members of local government. I had the opportunity to engage both with the stakeholders and women alike.

sitions in local government. In relative terms, these interviews were relatively encouraging experiences. Most spoke English very well, and they were all quite highly educated. They were also all quite familiar with the prevalence of HIV among adolescent girls and young women in their district, and seemed to have been very aware the structural drivers that perpetuate the problem. They shared with me their plans and programs that are being developed to address the problem, and all of them seemed serious and committed to the work. I am confident that CEHURD will be able to work with them toward the implementation of programs that will improve upon this situation in a significant way.

On my last day, I conducted a facility assessment, which took the form of an interview with the in-charge at a health facility in the village of Mamba. Luckily, I had been given a detailed assessment tool, because if I had been told to assess this facility according to my own standards, I’m not sure how I would have proceeded. The health facility does not have a doctor. From what I understood, the in-charge is trained in nursing, and, occasionally, they have a midwife come by. The facility has no electricity, no bathrooms, no running water, and had run out of stock on about half of its medication. Unfortunately, CEHURD’s area of expertise does not lie directly in facility improvement. From what I understand, it is the government that is responsible for that. 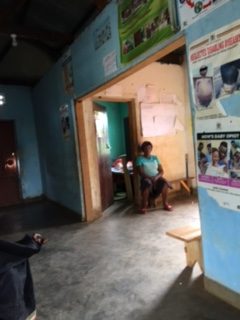 In total, I surveyed 17 girls. 15 of them were transactional sex workers, all of whom were in relationships, some of whom were married, and all of whom had been tested and were HIV negative. I asked them questions about their experiences with gender-based violence, ranging from verbal abuse to being violently forced into sex using a weapon. Only one of the 17 told me she had never experienced any abuse, and the translator seemed to think that she wasn’t telling the truth. One of the girls, after I asked her whether her husband insults her and humiliates her in public, looked deeply confused, and then replied, “Of course.” Others laughed when I asked whether or not their partners had ever slammed them against the wall as if to say, “What kind of a question is that? Doesn’t that happen to everyone?”
To say the least, it was a lot to process.

One main issue that revealed itself from the interview responses we received is the lack of access to justice and the necessary HIV services in cases of sexual assault. The problems that amount to this issue are extensive and interlinked. Girls are very often married off at a young age in order to bring money to their families. If a girl has been sexually assaulted, she may be considered impure and possibly not suitable for marriage. Therein lies the first problem. Next, there is a 72-hour window in which a person can visit a clinic after sex in order to get the medication that would prevent HIV had they contracted it. However, since many girls are too afraid to tell anybody when they have been assaulted, and are also unaware of the 72-hour window, many do not receive the proper preventative care. Furthermore, most of the women with whom I spoke told me that they were too afraid to tell police officers about their experiences with sexual assault. They fear not being believed, being stigmatized, and having to face the anger of their perpetrator and/or their families. Furthermore, often, private negotiations will take place between the victim’s family and the perpetrator, and so the perpetrator is rarely formally punished. Beyond this, even if a victim does go through with the process of successfully filing a police report, there are two related access to justice problems that lie beyond that. The first is that the only court that hears those cases is quite a significant distance away from the village, and transport is both inconvenient and costly. The second is that the law states that the health worker who examines the victim after the assault took place must testify at the hearing. However, there exists no means of compensation for the worker’s time or transportation. Therefore, the large majority of the time, the health worker simply does not show up. When this happens, the case is thrown out.

On a more personal note, I have to say that as emotionally challenging as it was, speaking with these girls and women was a humbling privilege. Despite the hardships they shared with me, I sensed nothing but kindness and positivity radiating from them. 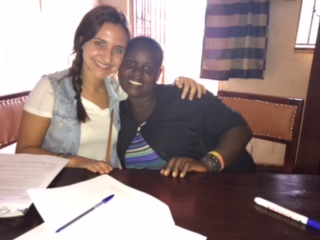 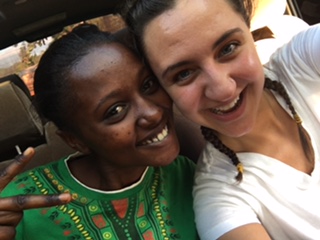 I sincerely hope that the empowerment programs that CEHURD implements will effect real change in the lives of these girls and women. Given the passion, focus, and dedication of the Community Empowerment team, I have faith that they just might.