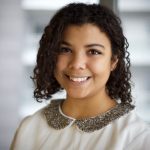 A few months preceding my internship, I saw a news story on my Facebook page about how the President of a small country in West Africa accepted defeat after 22 years of dictatorship, but quickly changed his mind. The President’s name was Yahya Jammeh, and the country was The Gambia – where my internship was taking place in the summer. For a long time after this news, I was not sure whether the internship would happen. In the end, Jammeh was pressured enough to accept defeat and left the country. I did some more research on him before I left for The Gambia. It was only later that I found out how the Gambians I saw on my screen, cheering him in the streets, were forced to do so every time he made a public appearance. Through my work, I started to realize how he ruined the reputation and endangered the health of those he claimed to have personally healed of AIDS, and how terrifying it must have been to live in a place where any member of your family could go missing and be tortured without ever getting any answers. 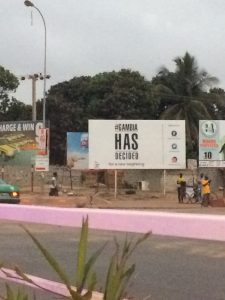 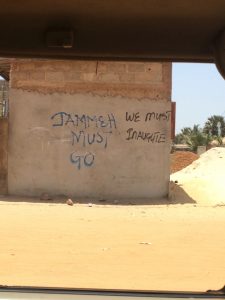 The first week of May I was greeted into the New Gambia. Billboards, T-Shirts and graffiti all proclaimed, “Gambia Has Decided”. I saw people selling smartphone data plans, shoes and fruit on the side of the street, I saw monkeys waiting for a safe time to cross those same streets, and I saw vultures resting on top of the street lights. I ate mangoes every day and soaked in the sun at the beach. 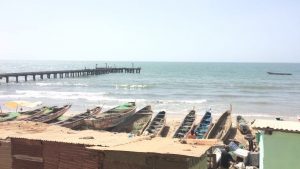 On my first day of work I took multiple taxis which have designated stops, kind like the public transportation system I was used to back in Montreal. After getting lost and telling the taxi driver I was working in human rights, I was dropped off at the African Human Rights Commission. This was not actually my workplace. It was, however, as I would soon come to realize, the place our complaints (“Communications”) would sometimes be sent, seeking redress for those across the continent whose rights have been violated by their government.

Some cases and presentations I have done research for include those advancing the complainant’s right to health, right to work, right to not be tortured, right to education and to freedom of expression. These, and many more, are enshrined in a Charter I have gotten more and more familiar with over the months – the African Charter on Human and Peoples’ Rights. The part that I find most impressive about this Charter (which was set up in The Gambia itself), is that it not only protects civil, political, economic, social and cultural rights, but it also protects group rights (such as the right to a “generally satisfactory environment”), and lays out duties incumbent upon these same individuals and peoples. 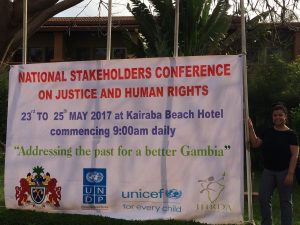 After a very friendly Gambian woman helped me find my actual workplace, I realized it was only a short walk away from the Commission. We walked past the roundabout (adorably named “Turn Table”) and found The Institute for Human Rights and Development in Africa (IHDRA). 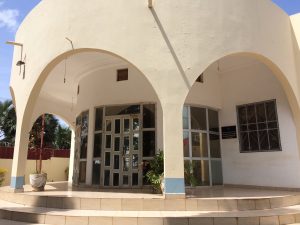 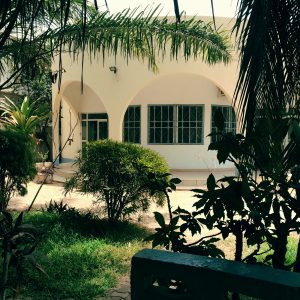 I was impressed with the pan-African non-governmental organization even before I arrived in The Gambia. Besides reading about their mission to defend, educate, and inform, what struck me most was how they included professional pictures of staff members, such as the gardener and cook, on their staff page. The idea that justice and the fight for human rights involves so much more than what superstar lawyers do is a big lesson that I am learning. At our staff meeting, we all had the chance to say what we had been working on, whether this had to do with the organization’s website, a conference someone would be presenting at, or making sure we have clean and running water. When everyone’s voice was heard, I felt there was transparency, accountability and fellowship. The value of these things cannot be dismissed because it reinforces the underlying truth that we, those who work to uplift the dignity of human beings, are not there to “save” or “fix” anyone; we are there to build safer and more just communities, and to empower people. And what a better way to project that vision than by reflecting it in the way we uplift our own neighbours? 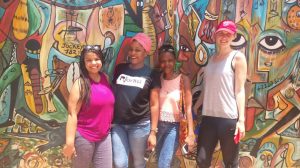