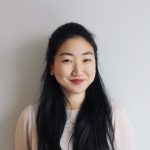 “The solutions to Haiti’s suffering are usually characterized by images of engineers digging wells, construction workers building houses, and especially doctors treating the sick. But the physician most associated with Haiti relief, Dr. Paul Farmer […] places much of his hope for the country in the hands of lawyers. “The current justice system’s shortcomings […] underlie almost all of Haiti’s problems”.[1]

I came across this passage a couple of weeks ago sitting at my desk at Avocats sans frontières Canada (ASFC), knee-deep in research on the Duvalier case. This was a case that had made international headlines in 2011 when it began and once again in 2014 with former dictator Jean-Claude “Baby Doc” Duvalier’s (untimely) death. How about since then? For all intents and purposes, the case has more or less been relegated to the shelf.

I had heard little about the case before starting this internship in Québec City. While aware of Haiti’s turbulent political history, Haiti was a country whose name was much more likely to evoke thoughts of earthquakes, poverty, and cholera than it ever would dictatorship, international crimes, or impunity.

Now, given that the 29-year dictatorial reign of the Duvalier father-son duo ended in the mid-1980s and that the legal case has yet to reach trial (after over five years), maybe this isn’t so surprising.

But, this is the story of a dictator who suddenly came home in 2011 after a comfortable 25-year exile abroad – not to face justice for crimes which continue to affect Haitian society today, but instead to live lavishly among many of his former victims and their families. Personal invitations by then-President Martelly to official ceremonies, loosely-enforced house arrest, and talk of amnesty under the guise of reconciliation all effectively served to trivialize the charges of crimes against humanity and financial corruption he officially faced. As aptly remarked by Reed Brody of Human Rights Watch: “Where is the outrage we [the international community] would have if the brutal leaders of Iraq or Serbia were walking around free? We would not allow this anywhere else.”[2] Indeed, there is nothing quite like having the former dictator – the “living embodiment of ultimate impunity”[3]  – freely walking around a nation’s capital to reveal the rule of rule in a country to be little more than a myth. While Duvalier can no longer be personally prosecuted so as to provide a measure of justice to his regime’s victims, his “consorts” (similarly accused of committing countless atrocities) most certainly can.

So, what makes this case (and Haiti) different? Why were we and do we continue to be so willing to provide Haiti with lots of development aid, while distancing ourselves when it comes to prosecuting a former dictator (and members of his regime) whose very lack of accountability for crimes against humanity arguably laid the foundation for Haiti’s current pattern of impunity?[4] Where is the involvement of the U.S., so readily immersed in Haiti’s political matters for two centuries, but all of a sudden unwilling to implicate itself much beyond the provision of humanitarian relief?[5]

Given there is arguably little serious legal controversy surrounding the Duvalier case, scholar Fran Quigley believes that only political controversy is left to explain the lack of political will—both national and international—behind the case. More specifically, a “Duvalier prosecution would inevitably expose embarrassing details of the long U.S. pattern of supporting the Duvaliers financially and militarily despite awareness of the regime’s brutality and thievery.”[6] From this perspective, the lack of Western involvement in the Duvalier case can be better understood by recalling its past complicity in permitting the very same human rights violations targeted by that case to go on for as long as Duvalier was seen as being key in the fight against communism.[7]

Focusing on development aid (and promoting the narrative that features such aid as being the key solution) conveniently helps avoid delving into such messy controversy. In this light, the association of earthquakes with Haiti really couldn’t be better, for the simple reason that, unlike dictatorships, an earthquake can be seen to be a natural, unpreventable, and, most importantly, fault-free, disaster.

Here’s another related example. Both the Haiti cholera outbreak and earthquake happened in 2010, while the Duvalier case about nearly thirty years of brutal international crimes began a year later – and yet, it is the earthquake with which many associate Haiti the most. Why is that? At least part of the reason may have to do with the fact that both the cholera outbreak and the Duvalier case illustrate a crisis of accountability for past abuses in a way that the earthquake simply doesn’t. As many are now aware following the 2016 admission by the U.N. of its role in the cholera epidemic brought in by its peacekeepers, this outbreak wasn’t merely a humanitarian matter, but a human rights crisis that easily might have been and should have been avoided.

And, so, it becomes less surprising to me that earthquakes and poverty easily make it into the dominant Haitian narrative – the one casting it as “the poorest nation in the Western hemisphere”[8] – while impunity and Western complicity in the Duvalier regime’s human rights violations are easily ignored. This narrative is compelling in its simplicity, as perhaps any good narrative should be. But, it is also one that is undeniably distorted if it is meant to be a representation of the whole reality – key if the “solutions to Haiti’s suffering” (as worded by Dr. Farmer in the quote above) are to be found. No narrative that ignores a country’s geopolitical and social history can possibly be accurate. Ahistorical narratives are ultimately uninformed ones, such that representations of Haiti as a poverty-stricken, earthquake-ridden nation frankly serve to allow the same problems to continue: the same lack of accountability, the continued neo-colonial experimentation.[9] While development relief undoubtedly remains important, the aftermath of both the Duvalier regime and the cholera outbreak significantly underscore “charity’s inadequacy as a stand-in for justice”.[10]

The way I see it, by supporting victims of human rights abuses under Duvalier’s regime in demanding justice and insisting that violations not be left in the past, organizations like ASFC are helping to stitch an important but often-neglected narrative into this dominant narrative for a more complete picture of Haiti. The strategic litigation of emblematic cases like the Duvalier case is just one part of the work ASFC carries out in countries around the world, working closely with domestic lawyers on the ground to develop the human rights 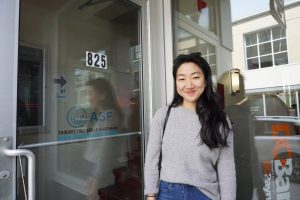 jurisprudence in a country. In this way, it helps to build a justice system that can help correct wrongs and to allow for a real, rather than apparent, rule of law.

Listening to the voices of Haitians demanding justice for past human rights violations and an end to the cycle of impunity – having them write the narrative of their own country – would be a good place to start.

(Another reason the passage above struck me? Given the seemingly unrelenting reminder of the limits of law as a tool for social justice – and that it just isn’t all about lawyers – that has been my law school experience (only exaggerating a bit here), seeing positive representations of lawyers and law’s potential in human rights work really just never gets old.)

[5] For example, commenting on Duvalier’s return, the spokesperson for the U.S. Department of State P.J. Crowley remarked that “What happens at this point forward is a matter for the people of Haiti … This is their concern, not ours”. See: <http://www.reuters.com/article/us-haiti-duvalier-usa-idUSTRE70H5WN20110118>.

[8] This dubious honour may now belong to Venezuela. See: http://www.caribbeannewsnow.com/headline-Venezuela-takes-over-from-Haiti-as-the-poorest-country-in-the-hemisphere-33573.html

[11] M.R. O’Connor, “The World’s Favorite Disaster Story: One of the Most Repeated Facts about Haiti is a Lie”, Vice News Canada (13 October 2016), online: <https://news.vice.com/story/one-of-the-most-repeated-facts-about-deforestation-in-haiti-is-a-lie>.