Over my summer at the Canadian Civil Liberties Association (CCLA), I’ve had the occasion to get below the surface of a few of my tacit beliefs about the Charter of Rights and Freedoms. It’s remarkable that I’d not been disabused of some of these notions over two years in law school—but maybe it’s just time outside the classroom that has started to puncture and deflate them. 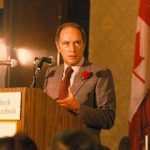 My first stark realization was that the motivations for the adoption of a Charter in the first place may have been profoundly political and more specifically, fueled by a fear of Quebec Nationalism rather than a desire to elevate the rights of citizens. Joseph Heath explores these topics in greater depths in his book Enlightenment 2.0 but he paints the essential picture in a 2014 piece in the National Post:

“With the conflict between French and English growing more and more intractable, a frustrated [Pierre] Trudeau finally gave up on his old motto, [‘Reason before passion’], admitting that his faith in reason had been mistaken. ‘If they want blood and guts,’ he said, ‘I’ll give them blood and guts.’ To this end — and with varying degrees of cynicism — he set about creating a new national identity, in part by co-opting traditional French Canadian culture and imposing it at the national level. His efforts began with the aggressive promotion of the national flag (with the Parliamentary Flag Program of 1972, which gave each representative a quota of flags to be distributed to constituents), the designation of ‘O Canada’ as the new national anthem, and the creation of a national holiday (with Dominion Day being renamed ‘Canada Day’), and which culminated in the repatriation of the Constitution and the adoption of the Charter of Rights and Freedoms in 1982. All of this served to create a new Canadian identity distinct from the British one that had previously been dominant at the national level.”

On this reading, the Charter is not a principled document for the sake of individuals or communities but rather a scheme hatched by Pierre Trudeau to stave off armed revolution and the crumbling of a federation; a ‘good’ nationalist bulwark against the ‘bad’ nationalism of the FLQ.

My second jolt came when I realized that CCLA had a more complicated and nuanced relationship with the upholding of Canadians’ rights than I had originally understood. I saw this immediately when I watched and reported on a CCLA intervention about the rights of doctors to conscientiously object to performing medical procedures like doctor assisted dying—where CCLA took the position that the obligation to make effective referrals was justified—but I also gleaned it from freedom of expression cases on which I was working, where certain limits on speech were understood to be justified in the service of protecting the community from disturbing images and messages. I grasped the complications most clearly when reading an autobiography of a former CCLA general counsel, Alan Borovoy. In one of his last chapters he writes that, when the idea of a constitutionally entrenched Charter was first proposed to the CCLA,

“I was against the whole idea […] I took the position that this deference to the judiciary represented a form of tyranny. Why, I asked, should the raw value judgments of appointed judges trump those of elected politicians? After all, politicians are accountable for their judgments to the people who elect them […] I hit on a possible compromise. Instead of calling for a complete withdrawal of the proposed Charter, I borrowed a concept from the statutory Bill of Rights that then existed at the federal level: a ‘notwithstanding’ clause.”

While at first baffling that a CCLA leader would oppose the entrenchment of a Charter, I came to understand the logic both from my work at CCLA and from Borovoy’s writing. In the former case, I saw how much good s. 1 can do in the right judicial hands and how certain statutory and regulatory objectives, despite clearly infringing Charter rights, are simply good for the country from a utilitarian perspective. In the latter case, I read Borovoy’s compelling history of the US Bill of Rights, which in the 20th century was used to “strike down legislation limiting the hours of work, prescribing certain minimum wages, outlawing child labour, and regulating employment agencies”. Without limits like s. 1—or perhaps even the notwithstanding clause as a rarely invoked limiting condition—it could wind up being the individual who tyrannizes a hopeful and progressive majority.

A third eye-opening moment came from the overturning of my naïve impression that the Charter embodies democracy in some way; while it may protect voting rights and other liberties that make electoral democracy possible, a look at the history taught me just how undemocratic the Charter’s origins were. To watch Jean Chrétien, Roy McMurtry and Roy Romanow talk through the delicate dance of feds and provinces striking a deal is to see an elite cabal reprised and Machiavellian manoeuvres re-enacted.

A philosopher once wrote that “there is scarcely a commonwealth in the world whose beginnings can, in conscience, be justified”; like the absence of Indigenous people at Canada’s Confederation conference 150 years ago, the Patriation of the Constitution in 1982 was a profoundly exclusionary bit of nation building. Perhaps that sort of state of exception is necessary to get constitutions off the ground—but that doesn’t mean that it was pretty. The same philosopher wrote, in the context of the English Revolution in the 1640s, that “Charters are Donations of the Soveraign” rather than true manifestations of public will. I’d not grasped the undemocratic—or perhaps pre-democratic—origins of our own Charter until this summer.

But in addition to these observations regarding the origins, meaning and structure of the Constitution Act 1982—most of which could be understood as instances of disenchantment—this summer also sparked for me at least one surprising new source of admiration for the document. 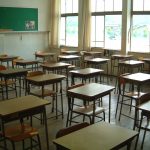 Participating in CCLA outreach work meant that I saw high school students  thinking through the Charter for the first time. CCLA facilitators walk these young people through collisions of and justified limits upon rights and freedoms: in the case of a minor refusing to submit to a life-saving blood transfusion, is a province justified in forcing the procedure upon them? In the case of a boy bringing a ceremonial knife to school, does the right to security of the person of the other children overpower his freedom of to manifest religious conviction? Presented with each of these questions, I saw teenagers engage passionately in debate with one another. I saw them try on different standpoints and end the hour with new, richer convictions. I saw them play in the conceptual jungle gym of rights, freedoms and public powers in a way that I do not believe they could have without the Charter.

A week later, midway through July and out for a bike ride, I was reminded that the Charter can make students of us all. As I leisurely pedaled past a group of older, visibly down-and-out men in a downtown park, I caught a phrase or two of their conversation: “I don’t think the police can do that to you. I think that’s breaching the Charter of Rights. At section eight it says that…” and then I passed out of earshot.

I realized then, rolling through the cool dusk of a Toronto summer eve, that at least one of these men had space to think and a vocabulary to speak because of the Charter; he had a bridge between his experiences and the power of the law because of what is undoubtedly an aspirational and inspirational document. The main success of the Charter may after all, I thought, be a pedagogical one: it helps us think about who we are, what we deserve and what sort of society we want to live in.

After this summer, that’s certainly what it has done for me.