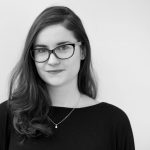 It’s quite hard to describe the IHRTP to someone who hasn’t experienced it themselves. At least, that’s what I told myself as I began writing this blog post.

The three weeks of the IHRTP—short for International Human Rights Training Program, which has been held by Equitas for the last 38 years—was a blur. A blur of hectic logistical arrangements, of endless tasks, of fascinating, eye-opening conversations with human rights defenders from across the globe, and sometimes—like during the International Evening—a literal blur of colourful traditional garb, dancing along to music from the opposite side of the world.

To give you a glimpse into my experience working for Equitas, I thought I would first describe what I felt was the most memorable moment of the IHRTP: the International Evening, which was held on June 15th.. On this night, participants, facilitators, Equitas staff and interns were encouraged to throw on their best traditional clothing and come to the cafeteria at John Abbott College for an evening packed with flavour and entertainment.

The evening was—to say the least—a blast. While the days spent at John Abbott College (where the IHRTP is held) had been extremely busy, and while I had had the chance to share a few sporadic meals and conversations with participants, the full impact of the program only became apparent to me when I stepped through the doors of the cafeteria during the International Evening.

For you to grasp how impressive this event was, I feel that I should first explain what the IHRTP is (note that I will speak more about my tasks and responsibilities as an Education Intern in my second blog post). The IHRTP is a three-week intensive program which is open to human rights educators from civil society organizations, regional and national institutions, and government agencies across the globe. During the program, participants mainly work in small, diverse groups, and work to transform their working methods and develop tools to increase the impact of their work. The program uses a participatory approach, allowing human rights educators to build capacities and skills by learning from one another—participants are both the teachers and the students of the IHRTP.

So, as I stepped into the cafeteria that night, and as the colours of everyone’s clothing and the smell of the dozens of different, scrumptious international foods hit me, I really saw the beauty and power of the program for the first time. I was a little late for the event as I had driven one of the IHRTP’s Resource Persons back to the airport, and of course I had managed to get lost on my way back to the college. The Resource Person and I had shared a fascinating conversation in the car involving a comparison of the legal system in Canada and Egypt, as well as a discussion concerning Canada’s Aboriginal Peoples. It truly was enlightening. But, I digress. Because of my lateness that night, I got to step into the bustling cafeteria on my own, once the event had already begun, and got to take it in in all its glory.

I watched as groups of participants from the same regions took the stage after our delicious meal to perform to their favourite local songs and give us a glimpse into their worlds. I remember thinking, as I watched an incredibly pregnant participant from Haiti dance with gusto, her stomach bare, surrounded by other Haitian participants (one of whom was wearing the Haitian flag as a cape) dancing beautifully, that this truly was a unique experience.

After the participants had all performed, we sang “Happy Birthday” to Equitas—in both French and English, of course—as this year marks the organization’s 50th anniversary. After that, everyone got on the dance floor. Never in my life have I been surrounded by so many amazing dancers; it was so beautiful. There was something so unique about seeing so many people from such different places, with such different lives, come together. That night, I also learned that dancing in a circle is apparently an international social norm.

I begged AJ, the Logistics Intern who was in charge of the music that night, to add “Cotton Eye Joe” by the Rednex to the song cue. He agreed, and I somehow managed to teach that silly line dance to at least 50 different people from all over the globe. I remember dancing so enthusiastically that my right leg cramped, but I powered through. I was smiling so hard my cheeks almost cramped, too.

I am the only intern participating McGill’s International Human Rights Internships Program (IHRIP) who stayed in Montreal this summer. And yet, during that evening, I wasn’t in Montreal. I was in Morocco, in Colombia, in the Democratic Republic of the Congo, in India, in the Philippines… I was everywhere, caught in an international blur. I hope this memory stays with me forever.