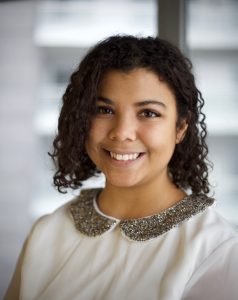 One of the things I loved the most about working at the Institute for Human Rights and Development in Africa (IHRDA) was observing and participating in their capacity-building workshops. I am a big believer in education, and I think it is crucial when it comes to human rights work. IHRDA gives presentations and workshops as part of its education mandate. They also have a mandate to defend, which they do by advocating on behalf of victims of human rights abuses, and to inform, which they do by building a comprehensive database of African human rights legislation.

There is one phrase in particular that one of my supervisors said at a capacity-building workshop back in The Gambia which has stuck with me. In our Critical Engagements with Human Rights class, we have had many discussions about the tension and overlap between international, national and regional human rights norms. Are human rights a Western concept? The answer is no.

The phrase I remember my supervisor saying was at a capacity-building workshop for police officers/prosecutors and social workers on harmful practices against girls and women. He said that harmful practices against women and girls are not part of African culture; “maybe it was a part of our culture 200 years ago, but if you practice FGM (female genital mutilation) or child marriage in Africa now, you are violating our culture.” I think he was trying to show how culture is fluid, and no one state has a monopoly on the concept of human rights. Yes, we may all have slight differences when it comes to writing laws, and this is a good thing. However, the bottom line is that human rights are universal rights, and nothing, not even claims of practicing one’s actual or alleged culture, should get in the way of that. 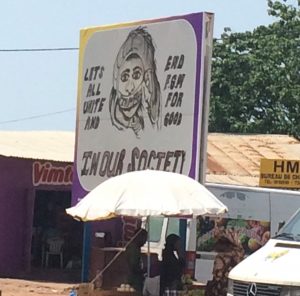 The capacity-building workshop was prepared by an NGO called Safe Hands for Girls, in collaboration with IHRDA. The theme of the two-day training was harmful practices against women and girls, and we focused on forced marriage, and especially female genital mutilation, or FGM. This last topic was especially difficult to hear about, as the first speaker went into the painful specifics of the operation, complete with real life images. There were no trigger warnings, but there was a moment of individual prayer before the workshop began. Besides talking about how painful the procedure is for infants, children and women, the speaker also explained that how it is done can lead to complications which affect the health and sometimes the life of the person being operated, especially when/if she becomes pregnant. 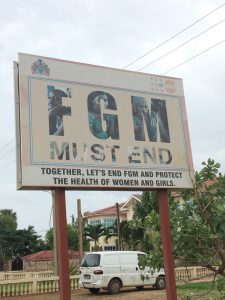 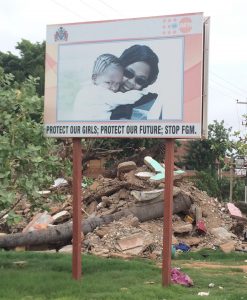 One of my supervisors at IHRDA spoke about women’s rights in The Gambia. He brought up an interesting point: how even though FGM has been outlawed in the country, and there is extensive knowledge that the practice is still widespread (76% of women in The Gambia have suffered through FGM), there have been no cases brought forward. When he brought up the question of how this can be, something interesting happened. A police officer said there have been no cases brought forward because they do not receive reports or complaints. However, a social worker replied that just the other day someone came to her with a report of FGM, and when they tried involving the local police, the police officer did not want to make an arrest for fear of being targeted by the community. I think this situation is all too prevalent and is very useful for showing the disconnect between the law and practice. To me, it shows that human rights work must be rooted in education, and must be contextual. A top-down approach does not work. If we truly want sustainable change, we must first change the attitudes of the perpetrators of the human rights abuses. In order to change peoples’ minds, we have to get to know them.