The slogan at the One Earth Future Foundation (OEF) is peace through governance. Over the past six weeks of my placement, I have been exploring the nuances of this slogan to better understand the mission of OEF.

I have been working on the Stable Seas project, housed in the research department of the organization. This project evaluates maritime security through a specially curated index outlining 9 issue areas that impact a coastal state’s maritime security. From piracy to illicit trade, international co-operation to rule of law, countries are evaluated on how well or poorly they fair in these domains and awarded a score. The score is used as a policy tool to persuade governments to implement better maritime security measures to ensure peace through governance. While the Maritime Security Index covers Eastern, Southern, and Western African states, the goal of the project, and one of my tasks for the summer, is to expand the index to North Africa and the Middle East, with the ultimate goal of having a global index.

With an undergraduate degree in International Development and Globalization, the research I am doing for both tasks has been interesting and right up my ally, but after completing a year in law school, the questions I have been asking myself and reflecting on for this research have significantly changed.

One of the main questions I have been reflecting on is: what is maritime terrorism exactly? This is definitely a complex question and what I have come to understand is that the ability to label a group as “terrorists” and have that label shape a group’s identity resides with those in positions of great power. This understanding is exemplified through the life of Nelson Mandela. Ten years ago, Nelson Mandela was still classified as a terrorist by the United States, a superpower, and placed on a terrorist watch list.[1] Today, he is seen, rightfully so, as one of the greatest leaders the world has ever known.

Therefore, when I reflect on the research I have been doing on the Abu Sayyaf Group, an ISIS backed terrorist organization in South East Asia,[2] I am trying to come to a more balanced understanding of who maritime terrorists are, classified by whom and why.

So far, I have found conflicting narratives. On one hand, the Abu Sayyaf Group has taken tourists from resorts for ransom, committed beheadings,[3] and partaken in the siege of Marawi city last year.[4] On the other hand, news outlets have also reported that the Abu Sayyaf Group has financially supported poor southern Filipino communities around the Sulu Sea.[5] The reason for their support is probably not benevolence, but this nuance does lead me to try to understand the roots of maritime terrorism in a more robust way.

My point here is that when examining maritime terrorism through a framework of peace through governance, I think the exploration must go deeper than merely accepting what popular media tells us to assume the profile of terrorist organizations to be. This exploration must also include questions around appropriate governance and the practicality of peace for coastal states. Does peace mean total eradication of terrorist groups and those who support them? Does it mean better governance of poor, unstable areas victimized by radicalization? And how do these questions change when analyzed through the lens of maritime security?

While these are very overwhelming questions to even begin to attempt to answer, I do have to say that I feel very privileged to be able to spend the summer exploring maritime terrorism, maritime security, and peace through governance. Hopefully by the end of this experience I will have some answers, so stay tuned!

To learn more about One Earth Future Foundation: http://oneearthfuture.org/

To learn more about the Maritime Security Index: https://stableseas.org/issue-areas/overview/#0

P.S. On the weekends I have been hiking a lot – here are some pictures of beautiful Colorado mountains! 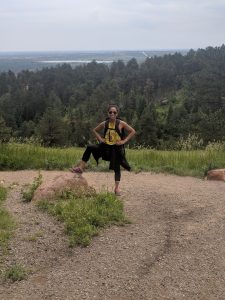 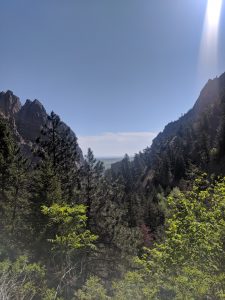