From exploring different research streams in the organization to watching world cup matches over lunch, the last 6 weeks of my internship were very eventful. Here are updates for my continued research on the Abu Sayyaf Group, a new project on election violence, and writing a piece on transitional justice:

My policy paper on the Abu Sayyaf Group (ASG) took a swift turn shortly after uploading my first internship blog post. After meeting with my boss, we decided that it would be in the best interest of my work to write a Stable Seas blog post on the ASG instead. The ASG blog post focuses on the Abu Sayyaf Group’s activities around the Sulu Sea to demonstrate the need for the Stable Seas project expansion in South East Asia.

In response to Stephanie Chipeur’s comment on my first blog post, through further research, I conclude that there is a link between maritime terrorism and organized crime. I had a good conversation with a co-worker who researches organized crime and he said that terrorist groups share similar tactics and activities with groups labeled as being involved in organized crime, thus a distinction between the two is hard to make. Additionally, I think that we in the West have been fed the trope of who a terrorist is, which links to gender, race and religion making distinctions between groups even more difficult. I have also learnt that terrorism efforts look different in different parts of the world. For example, Philippines is a coastal nation, and historically, terrorist groups in the area have been able to retreat to the isles in the Sulu Sea without persecution. This leads me to believe that a large part of the ASG terrorism efforts owe their success to the geography of the region.

To counter maritime terrorism efforts, Philippines, Malaysia and Indonesia signed an international agreement to patrol their shared waters in an effort to eliminate terrorist groups from retreating to the ocean after committing crimes. While this is a positive development in the region, I question how useful this effort will be if these patrol teams are not able to monitor every nook and cranny of every island? In my opinion, government forces must also explore technology such as drones that operate aerially to locate and monitor terrorist activity as well. Luckily, I will be able to get first-hand knowledge on this topic as a co-worker is heading to a conference in Manila at the end of August and will give me feedback to direct my piece. Overall, this has been a very interesting topic to learn about, and I look forward to getting my co-worker’s feedback in order to publish my Stable Seas blog post before the summer is over.

Election Violence, can we forecast the future?

I’ve also been tasked with researching election violence statistics for a data collection model with the goal of forecasting the future of election violence around the world. For this project, election violence is defined as any case where the government engaged in election-specific violence against civilians or harassed opposition. This has been an interesting experience in understanding how governments, in general, enforce their power. I researched 336 election results over a 20-year span and determined that despite a nation’s geography, development or political history, few are completely immune from election violence. For me, this spoke to a greater question on the relationship between the rule of law and the state. Should laws be enforceable just because they come from the state, even when they are corrupt? Is a true democracy one that centers the voices of the people? If so, how loud do their voices have to be? How do these ideas interplay with rights and freedoms against state produced violence?

These are all important questions that are examined by both the layperson and academic around the world. The answers are not simple, and I do not have any set conclusions on this topic. Overall, I have realized that governance, which is at the core of One Earth Future’s mandate, is tricky. That said, it can be achieved in many ways, including: free and fair election processes, contemplating different histories, and should have the ultimate goal of peace and co-operation for all.

Bringing in the Canadian Context

Lastly, I was offered an opportunity to co-author a piece on transitional justice. During a conversation in the work kitchen, a co-worker told me that she was writing a post for a series on African security to promote the book titled: African Actors in International Security: Shaping Contemporary Norms. She was writing about the South African Truth and Reconciliation Report as a standard for seeking justice in post-conflict states and I immediately thought of the Canadian Truth and Reconciliation Commission. She offered me the opportunity to work on the article together. I was very grateful for this offer, not only to bring the Canadian context of reconciliation with indigenous communities into my summer work, but also because I previously worked in Cape Town for an NGO focused on gender-based violence and South Africa holds a special place in my heart. Being able to co-author this piece allowed me to bring these two experiences together and I gladly welcomed it.

While writing, I listened to the Nelson Mandela Centennial Lecture  given by Barack Obama. The lecture centered working across ideological lines and resisting oppression and inequality. Obama, along with South African dignitaries, spoke to the need for a unifying symbol to rally around in uneasy political times. This was influential on my writing as I reflected on the idea of true reconciliation, and what that means today.

I also tried to incorporate my own experiences into the piece. I have conflicting thoughts on the topic of reconciliation because as much as I think truth and reconciliation commissions are necessary in post-conflict states, reconciliation must also be an ongoing process. The wants and needs of the oppressed mustn’t only be listened to and acted on during a reporting period but must continue to incorporate modern-day realities. This idea is especially interesting to think about in the South African context as the government is currently looking into land expropriation from majority white farmers which can be perceived as either retributive or restorative justice.

To compare, in the Canadian context, indigenous communities in Saskatchewan are currently protesting the outcome of various criminal cases where white men have been acquitted for murdering indigenous youth which speaks to the struggle between indigenous communities, the Canadian government and the ongoing pursuit of justice. Both cases speak to the modern-day reality of historically oppressed groups. Both cases come after state-led reconciliation efforts and reports. Overall, this piece has piqued my interest in transitional justice in post-conflict states, and I hope to learn and write more about this topic in the coming year.

Overall, I am grateful to have worked on a variety of interesting projects at One Earth Future. Every day I was able to have stimulating conversations with co-workers and I am so happy that my fellow team members were also avid soccer fans! Looking back, I am proud of my efforts, and I will use the knowledge I have gained this summer to impact the world around me in a better, more peaceful way.

P.S. I haven’t reflected much on my life outside of the office. Here is the story of my weekend life in Colorado through pictures! 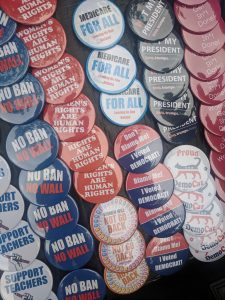 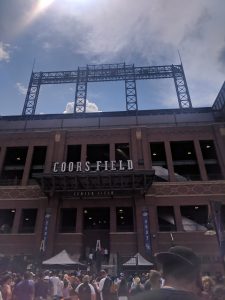 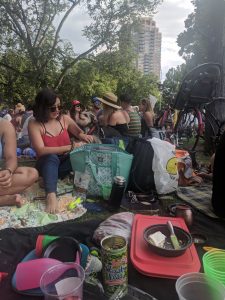 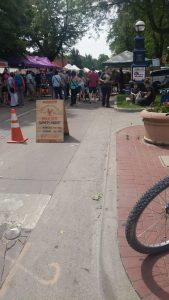