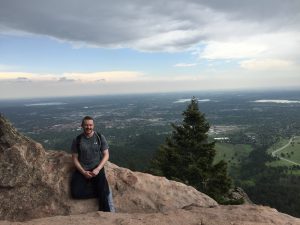 I could feel everyone’s eyes on me. Every person in the room was waiting expectantly for me to explain what Stable Seas had accomplished recently, what it’s working on right now, and what it’s looking to accomplish in the coming years. I could feel my colleagues cringe as I stammered through an unhelpful explanation of the importance of gathering data and of assessing reality objectively.

While I wasn’t technically wrong, my explanation did not do justice to the program.

My coworkers at One Earth Future (OEF) in Colorado forgave me for my bumbling. They said “no one noticed” and “it’s only your second week.” I appreciated their sympathy. I eventually stopped pouting over my ill-advised choice to take the microphone and explain something I knew nothing about. Since the foot-in-mouth incident, I think that I’ve reestablished my status in the office as the gregarious Canadian intern.

I took the mic that day because I wanted to help my colleague out, not because I felt myself particularly qualified to speak to our program’s operations just two weeks into my internship. The colleague I was trying to help out had just finished eloquently articulating what her department had accomplished and what they wanted to do, but she was struggling to find someone from my department to take the mic. In the back of my mind, I knew that I was only one of two people present in the room who worked in the Stable Seas department: the others were away on work trips.

The other person at the meeting from Stable Seas was its founder and director, Dr. Curtis Bell. Curtis was and is far more qualified than me to speak about Stable Seas, not to mention many, many other subjects, but I thought that trying to articulate what I had learned so far would be helpful to my panicked colleague and a good exercise for me.

As it turns out, it was a good exercise, but for an entirely different set of reasons. 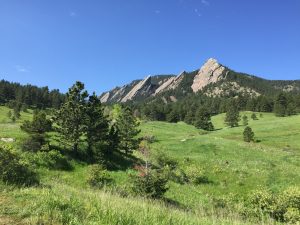 My failure to articulate what my department does during my internship vividly reminded me of when I applied to law school. Then, like during the meeting, I had to explain how my work had made a difference in the world.

When applying to law school, I had to show how my graduate studies helped further a certain cause and how law school was the most logical next step in righting a particular wrong in the world. As with Stable Seas, I was tasked with explaining how my work has positively contributed to the world I live in.

Despite winning scholarships and getting into the law school I wanted, I never felt like I had a good answer to the question: “and how did you make a difference?” I couldn’t explain it to my satisfaction.

Both at the meeting and when applying to law school, I had a hard time expressing the particular difference that was made in the world: at the meeting, I could not express what Stable Seas had accomplished. In my personal statement for law school, I had a hard time showing how my thesis actually mattered. To justify my thesis to myself and others, I reasoned that everything that I had learned about Indigenous history and the Truth and Reconciliation Commission was important, therefore my thesis, which dealt with these things, was also important. Completely ignoring the composition fallacy, I thought that my thesis as a whole was equal to the sum of its parts. To this day, I’m pretty sure that no one other than my evaluation committee has read my thesis.

Like when I wrote my personal statement for law school, the Stable Seas meeting debacle was instructive. The first lesson I learned from the incident was to keep quiet when objectively no one would expect me to speak up: they probably don’t expect me to speak up for a good reason.

The second lesson is more introspective: when I grow up, I want to be able to coherently articulate what my job is, unlike how I had to appeal to blind humanism and broad themes to justify my thesis. I still want to make a difference, but lately I’ve been thinking more about what that actually means.

For me, “making a difference” means having a positive impact in the world that I can point to and say “I did that.” It’s kind of like mowing the lawn or shoveling the snow and looking back at what you’ve accomplished with a sense of pride. To take this one step further, it’s important to me that something bad can happen if I don’t do my job right. If I don’t shovel the snow, people can slip on the sidewalk. If I do my job right, however, I will have bettered peoples’ lives in some appreciable way.

I want my work to matter.

I realize that the sort of appreciation one gets from mowing the lawn or shoveling the snow is not possible in many fields of work. Obviously if it was visual satisfaction I was looking for, I wouldn’t have signed up for law school. What I mean is: if a civil engineer doesn’t correctly design a bridge, it might fall apart, but if she does, people get to work faster. If a waiter doesn’t deliver food on time or has bad customer service, it’s reflected in the tip and on the restaurant. If he does, then the customer is happy and he and the owner earn a tidy profit. If a police officer doesn’t do her job, the rule of law is called into question, but if she does, then people feel safe and, hopefully, crime rates go down.

In Intellectuals and Society, author Thomas Sowell calls into question the difference that studying certain subjects really makes in the world. He says that in some areas of study, someone with a bad idea might at worst suffer some political shuffling in an academic department, but at best the bad idea might even get him or her a promotion. He takes former American President Woodrow Wilson as an example of someone whose ideas looked great on paper, but when translated into a foreign policy of appeasement, Wilson’s Fourteen Points might have led to thousands of unnecessary casualties by delaying America’s involvement in the Second World War. Until he became President, it didn’t really matter if he was right or wrong in his foreign policy ideals. Indeed, many folks in his field thought the Fourteen Points were just what the doctor ordered for global power relations.

I’m not here to debate the merits and demerits of Wilson’s Points or Sowell’s interpretation of them. In fact, I happen to like some of the Points and was initially very skeptical of Sowell’s conclusions about the fields of study that he criticizes in the book. However, I have since become equally as skeptical of why I choose to study certain things and where they could potentially lead me later in life: am I studying this or that subject because it can actually help someone in the world or am I just indulging my own curiosity and justifying it after the fact by appealing to abstract humanistic ideals?

Looking to the Future 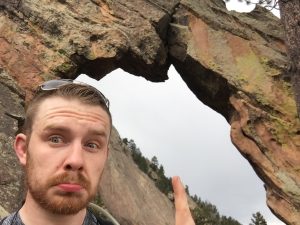 This is why I want a career with measurable and significant risks and rewards. I want my performance to mean something to me and to others. I want negative consequences for a poor performance and positive ones for a good one.

This is why I came to law school instead of continuing on to academia: in my opinion, my thesis made me and people in my field happy, but it didn’t matter very much to people outside of the institution*. Maybe I was setting unrealistic goals for myself, but after law school, I hope that the things I write will matter to people outside my field of study. Whether it’s a contract, a brief, a factum, or a judgement, I hope that people will rely on the veracity of my claims and I hope that there are tangible consequences to being wrong. Rather than have my writing submitted to a repository of theses and dissertations or be read only by the people I cite in my work, I want the things I write in law to have a measurable effect in the world that would not have come about but for my intervention.

The tangible consequence of me not correctly performing my function as an intern at the OEF meeting––be quiet and soak up the experience––was a temporary demotion from outgoing newbie to inarticulate blabbermouth. (Like I said, I think that my colleagues have restored me to the former category.) I cannot expect them to trust me with more responsibility than that during a three-month internship, and clearly I had already bitten off more than I could chew. I’m happy with what I’m doing here in Colorado and I’m excited for what I have left to learn about the organization. 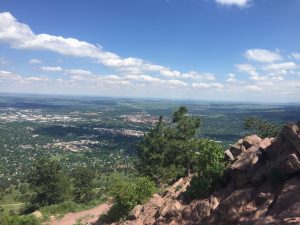 The key difference between having to justify my thesis for law school and my faceplant summary of OEF’s work is that when I chose to speak up at the meeting, I didn’t actually know what OEF does. I hadn’t thought enough about the question we were asked and I spoke out of turn. But I do know what graduate studies are. In the two years I spent as a graduate student, I learned what it is to go to different conferences, apply for scholarships, and try to publish. And I know what it is to teach.

The point is that in my future legal career, once I know what my job is and what my organization does, I want it to make sense to other people when I explain it to them. When I choose to explain something I know very well, I don’t want to elicit the same reaction I got at the OEF meeting. This is something that happened a fair bit in graduate school. Maybe I was just plain bad at articulating what I was studying, but maybe it was the subject matter itself. 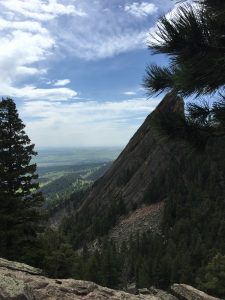 I want reactions like those I got from my OEF colleagues to come only when I don’t know what I’m talking about. Personally, I don’t want a career where I get a puzzled look every time I try to explain something that I understand reasonably well, like why I’m studying this kind of poetry or writing about that kind of novel.

I would prefer that what I do matter to people other than just those who are also interested in the same poetry or the same novel. This is my goal, and I’m not trying to call down anyone who chose or choses academia as a career path. Not at all. I’m just expressing my own motivations in a blog on the internet.

Four weeks after starting my internship, I now have a better, albeit still imperfect, idea of what OEF does. I would be more comfortable taking the mic now, though I would give it a serious, sober second thought before doing so. My colleagues at OEF are a bunch of passionate “academic badasses” in the words of a colleague. I think they’re––we’re––doing something useful here in Broomfield, Colorado and abroad.

I can only hope that I’m able to put the lessons I’m learning here into practice one day.

* I speak only to my own influence in my academic field in this blog. I have had many professors that have had a profound influence on my thinking and the trajectory of my life whom I love and adore. I owe many of them a great deal and consider them lifelong friends. This blog is in no way a criticism of any particular profession; it’s a personal reflection on my own motivations.