I would like to dedicate my last blog to discussing worker’s rights. More specifically, I wish to briefly discuss workers who live where they work. That is to say, workers who are housed on their employer’s property. My question is the following: Can it ever be ethical?

I will focus on two types of workers: live-in domestic workers and plantation workers living on estates. The majority of my time interning at the International Center for Ethnic Studies (ICES) in Sri Lanka was spent researching the laws and policies surrounding Sri Lankan plantation workers living on large-scale tea and rubber estates. Meanwhile, I came across various situations with live-in domestic workers, seen as common place in this part of the world. Something about both of these forms of work felt inherently wrong to me, but it took me some time to figure out why, or what, felt so off-putting.

Much like live-in domestic workers, plantation workers in Sri Lanka’s tea and rubber estates face a lack of separation between their work and their private life. Their time and the spaces they inhabit are highly regulated, allowing employers to exert full control over their lives. This thereby creates the perfect conditions for a system resembling what one may call ‘modern slavery’. The International Labour Organization’s notes on the concept of vulnerability state that “forced labour is also more likely in cases of multiple dependency on the employer, such as when the worker depends on the employer not only for his or her job but also for housing, food, etc.”

Plantation workers live on the estates, far away from everything, secluded, left out of sight and out of mind. They are trapped in the space of their employers 24/7. Outsiders are denied entry to the estates since it is considered the private property of Regional Plantation Companies (RPCs). This made it nearly impossible for me to meet with plantation workers themselves throughout my research, relying instead on the experience of professors and NGOs. In fact, as a result, plantation workers are largely denied the opportunity to become their own agents of change and I question their ability to express their own narratives. This was a huge issue brought up to me by an activist who was highly engaged in the “1000 Rupee movement” (meant to increase plantation worker’s minimum wage), who spoke to me about the issues of creating a movement which largely excludes and is far removed from the people it is meant to impact. 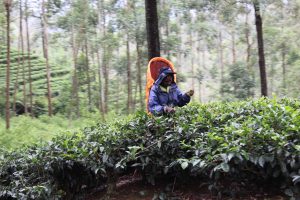 The distinction between public versus private property is also used to exclude plantation workers from local governance. For example, the Pradeshiya Sabha Act excludes the estates from receiving public services provided for by Pradeshiya Sabhas (Divisional Councils). These public services include, but are not limited to, public health services, road maintenance and construction, drinking water, sanitation, electricity, garbage disposal, maternity care, pre-school and child welfare services. Moreover, as expressed in the preamble of the PS Act, the PSs are meant to “provide greater opportunities for people to participate effectively in decision making process relating to administrative and development activities at a local level.” The Pradeshiya Sabha Act has therefore served to ensure that plantation workers in Sri Lanka continue to be governed by companies rather than the state, thereby effectively excluding them from participating in democratic forms of governance. 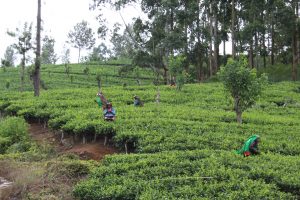 This level of control is especially problematic given the gendered aspect of plantation and domestic work. The majority of plantation and domestic workers are women, therefore allowing for the continuity of control over women’s lives. If one is to abide by Amartya Sen’s understanding of human rights as freedom, and one is to see control and freedom as inherently opposed, then this form of work fits the very definition of the denial of human rights.

So, can a system wherein workers live where they work ever be ethical?

Well, in some rare cases yes, but it depends entirely on the individual employers. This is to say the workers are placed at the mercy of their employers so called “benevolence.”

Of course, whether this means that these forms of work should not exist is an entirely different question. The reality of the situation is that this allows many people, especially women, to survive, and at times even to break out of the cycle of poverty. It would be far too naïve to call for the abolition of all forms of ‘live-in’ work. However, it is still worth reflecting on the inherent problems of such a system, and to start thinking of ways to further monitor the circumstances and to limit the power exerted by employers over workers. 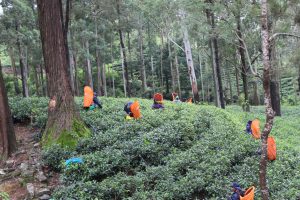