Article 3: Indigenous Peoples have the right of self-determination. By virtue of that right they freely determine their political status and freely pursue their economic, social and cultural development.

Article 4: Indigenous Peoples, in exercising their right to self-determination, have the right to autonomy or self-government in matters relating to their internal and local affairs, as well as ways and means for financing their autonomous functions.

As an immigrant, I have spent a lot of time thinking about borders and the impact of crossing them. These lines we draw on the soil are the stitched seams that hold together a world of nations that had to first be torn apart. These seams run through the lands in ways that don’t always reflect the network of relationships that the people living there have built over generations. The repercussions of these geopolitical fissures are a near-constant concern for those living in Akwesasne.

Jurisdictional barriers have been at the forefront of my experience working for the Justice Department of Akwesasne from the start. The circumstance of the global pandemic made it so that I was stuck two borders away from the offices where I needed to be, and the sensitive nature of the work I was tasked with meant that I could not access most of the information outside of the closed network of the Justice Department. For the first two months, I was limited in what work I could complete, and I felt quite useless. I was entrusted with researching and drafting a boat registration policy, and I have to admit that it didn’t seem like very important work; as children’s bodies have been gradually exhumed over the course of the summer, and Canada and the United-States are increasingly forced to confront the violent legacy of residential schools, I hoped that as a law intern I could contribute meaningfully in some way. Boat registrations seemed mundane and unrelated to human rights work.

But as I delved deeper into my research, I began to understand the true scope of my task. Boat registrations for a river-based people are a significant jurisdictional battleground. The First Nation of Akwesasne is split between Ontario, Quebec and New York, and the Saint-Lawrence river that flows through the community is designated as international waters. The people of Akwesasne have always used the water in myriad ways, for transportation, sustenance and pleasure, a tradition that continues today as a large portion of the residents of the reserve own a water craft. But the same imposition of authority by the governments of nation-states over the affairs of Indigenous peoples that created the residential schools has transformed the way that the citizens of Akwesasne must manage their way of life. According to settler law, all boats must be registered in a federal database, and all vessels on the waters must produce their registration if ordered by an authority (usually the Coast Guard of either country).

I was tasked by the Justice Department to draft a boat registration policy and update the registration database to help the local tribal police force monitor their own community. This is a move toward establishing their own legal jurisdiction over the waters that surround their home. Apparently this has been a contentious resistance for generations, and Akwesasne has all but established its own jurisdictional authority through customary relationships with the states’ bodies. Denying the authority of a federal police over their affairs on the waters surrounding Akwesasne is nothing short of a stance in self-determination, an exercise of their right to autonomy and self-government. 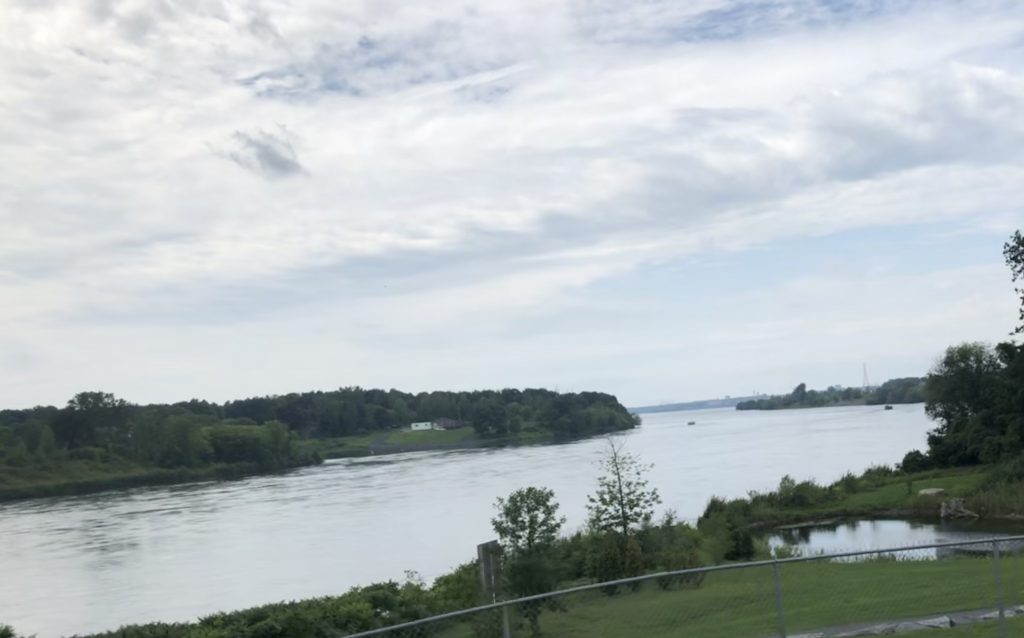 At the end of my second month, the travel restrictions across provincial borders within Canada loosened up and I was called to go into the portion of Akwesasne on so-called Cornwall Island, known to the locals as Kawehno:ke. It’s an hour drive each way and there are no tolls anywhere on my path, until I get to the bridge connecting the Ontarian city of Cornwall to Kawehno:ke. Here my path is blocked by a toll booth and I must pay $3.75 to pass through the only entrance to Akwesasne from the Canadian side. This seemed immediately problematic to me, despite the assurance by my supervisor that my fees would be reimbursed. I inquired as to whether the residents of Akwesasne are permitted to cross for free, and was told that they are indeed granted passage if they show their Indian status card to the toll operator. However, this was a “privilege” that had to be fought for, as initially they had been expected to pay.

I can’t imagine that the decision to construct a toll bridge on that specific crossing was done with a benevolent or even neutral intention. In fact, I was informed that the legal justification for the toll bridge was a strip of land across the length of Kawehno:ke which had somehow been expropriated by the Canadian government — the bridge technically connects Cornwall to Crown-owned land, and not to an Indigenous reserve, and as such it does not infringe on Akwesasne’s right to control the lands within the reserve. 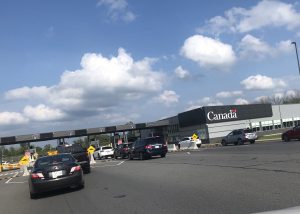 In these few weeks that I have been involved with the Justice Department, I have learned that self-determination plays out not only on the scope of international law, but most importantly in the day-to-day interactions people have with their environment. The jurisdictional battles within the community of Akwesasne have created a patchwork of legal negotiations that the residents must navigate on a quotidian basis, because over the last century and a half they have been denied their own agency by the governments of Canada and the United-States.

I am certain that those who are uninformed see the victories that Indigenous peoples win over time, such as the right to cross the toll bridge without paying, without considering the significant costs which were imposed first. For instance, while Akwesasronen may cross freely onto Kawehno:ke, to cross back into Cornwall and the rest of Canada they must be interrogated by a customs officer at the line we call a national border. Because their community, which predates our settler geo-political borders, have been split up between three different jurisdictions, they are forced to adapt their daily lives to the demands of a government that was imposed on them. The burden of crossing the border has on many occasions impacted the decisions my coworkers have made about when they make the effort to go see family members or run errands within their very community.

As I continue my work with the Justice Department of Akwesasne, I can only imagine what a world without State borders would look like.