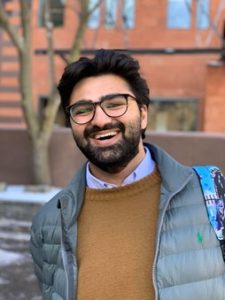 The views expressed in this piece are my own.

I noticed two things upon first entering Iqaluit’s RCMP detachment center. First, its rather pleasant atmosphere, provided you ignore the human beings in cages. Second, the conspicuously displayed portrait of Elizabeth Windsor. In fact, I have found it nearly impossible to escape Her Majesty on a day-to-day basis. After enjoying a brisk walk down Queen Elizabeth Way to visit a client held in the RCMP detachment (emphasis on the R), I reach the courthouse where my supervising lawyer is negotiating with a Crown prosecutor. A decision will be rendered today at the Nunavut Court of Justice in the matter of Regina v AB. “All rise, the Nunavut Court of Justice is now closed for the day”. Silence. The clerks glance at one another until one lets out a hearty “God save the Queen!” The judge repeats the expression, and we all leave. It is hardly what one expects of the British Empire’s death rattle.

In recounting these details, I do not wish to describe colonialism as a mere collection of pretentious symbols. This would be missing the point entirely. In Nunavut, colonialism is the air one breathes. Permeating everything and everyone, it does what power does: grant strange and unjust realities the appearance of normalcy. Language is particularly fertile ground for this phenomenon, for the words we use frame our world. Consider how the Bush administration described obviously violent practices during the War on Terror. “Collateral damage” replaced the more accurate label of “dead civilians”, with “enhanced interrogation techniques” giving a friendlier face to “torture”. American “air support” did not “lay Iraqi fighters to rest” by tucking them into bed at night. It murdered people with bombs. And yet these terms filled up headlines for the better part of a decade, sporadically appearing in Canada on occasions where the RCMP used “lethal overwatch” to describe sniper units targeting Indigenous blockades. Again, this is what power does: it obscures patently unjust realities when said realities ground established hierarchies.

Power is why, despite having the highest suicide rate of any place on Earth, Nunavut does not have a single mental health treatment center. Power is why a single psychiatrist[1] serves a territory where ten-year-old unilingual Inuktitut-speaking children can flawlessly pronounce terms like “schizophrenia” and “fetal alcohol spectrum disorder”. Power is why Iqaluit has aviation fuel in its drinking water and an $18 million RCMP detachment center. Power is why Iqaluit has an ongoing housing crisis and a $90 million prison. Sorry, I did not mean “prison”­—I hear it is called a “healing facility” now.

In a sense, the situation I describe above makes writing this blog a remarkably difficult task. At the risk of saturating this text with metaphors, I find myself turning to a joke made famous by David Foster Wallace: Two young fish are swimming along, as they happen upon an older fish. The elder politely nods at them and says, “Morning, fellers, how’s the water?” The two younger fish continue swimming on for a while, until one looks over at the other and asks, “What the hell is water?”

The most obvious and crucial realities are often those hardest to see and understand; age and experience can progressively reveal them to us. Now imagine that the younger fish is tasked with writing something worthwhile about water. Of course, no one has expressly tasked me with writing about colonialism. Interns have considerable editorial freedom in this program, and it would probably be far easier to write about hiking the scenic trail to Apex and eating Narwhal for the first time. But I do not want to do that, for as important as those moments were, they do not occupy my thoughts. Colonialism occupies everything, and to spend six weeks immersed in Nunavut’s criminal justice system without discussing its defining character seems inappropriate. Even so, opining about the nature of crime and punishment after six weeks here also strikes me as comically premature. Doubtless, I swim along in the water. But I remain the younger fish. I still have much to learn and digest before I can escape Ludwig Wittgenstein’s famous injunction: “Whereof one cannot speak, thereof one must be silent.”

On the topic of that about which I cannot speak, two more problems emerge. The first is that many of the more insightful stories I would like to recount from my time at Maliganik are subject to confidentiality. The second is that much of what I would like to say could adversely impact my organisation’s relationships in town. Nunavut Legal Aid’s mandate renders its services available to nearly everyone in the territory, and we work in collaboration with (and depend on) the Crown’s office, the Government of Nunavut, and all members of the judiciary. To engage in criticism, even if warranted, could be inappropriate. I will tread carefully.

My job at Nunavut Legal Aid has allowed me to work at nearly every stage of the criminal justice system. I have assisted lawyers in fielding “10(b) calls”, interviewing clients in cells, preparing bail hearings, drafting memos for trial matters, putting together sentencing ranges, and even writing Charter challenges. Each task has its difficulties, and each has taught me something new about the theory and practice of criminal law. With that said, I have found no process more fascinating than bail. During my first few weeks, I accompanied lawyers to Justice of the Peace (“JP”) Court every day on bail matters. As I met our organisation’s clients for the first time, my mind turned to something I had heard while working as a group assistant for the first-year criminal justice course. Around November 2021, Professor Mugambi Jouet organised a panel of defence lawyers and prosecutors to speak to our class. I remember seeing them huddled outside the Moot Court room, each trading stories about the first time they saw someone in handcuffs. What struck me was their sense of reverence for the moment. It was as if the physical manifestation of bondage made the stakes of criminal justice seem real.

X was the first person I saw in handcuffs, and everything about them expressed fragility. Their face oscillated between anguish and anger. They could not have stood at more than five feet tall nor have weighed more than one-hundred pounds. We spoke separated by a thick glass pane, a sheriff towering outside the room “for our safety”. In twenty minutes or so, a person X had just met would be arguing for their release.

A contested bail hearing in Nunavut’s JP Court is an experience in contrast. On one hand, there are few processes more legally significant. The right to show cause is one protected in our Charter of Rights and Freedoms, and the outcome of a bail hearing is quite literally the difference between freedom and captivity. On the other hand, I have seen very little substantive law involved in any proceeding. What I have seen, mostly, are stories. Defence lawyers take what they know about the accused to construct sympathetic narratives about their lives, attempting to spin anything and everything in their favour. Crown prosecutors often rely on the alleged facts of the criminal offence and the accused’s criminal record to paint a portrait of a human being whose freedom poses a risk to public safety. JPs absorb both stories and produce a third, where they tell the accused, counsel, and the record how they reached their decision. The accused sits confused while people who did not know of their existence an hour earlier opine on their life and character. Sleek wood panels cover the courtroom walls. A golden leaf adorns the flagpole where rests our national symbol. X squirms as the sheriffs carry them back into a cell. There is hardly a more visceral sense that this system has been violently imposed on its subjects.

Preparation for the IHRIP emphasised “expecting the unexpected” and understanding how some things that are “good in theory” may be “bad in practice”. At the outset, a part of me found these points fallacious: To “expect the unexpected” is impossible and what is “bad in practice” must have some theoretical flaw. Nevertheless, I understood both points as calls for patience and adaptability when pushed outside of my comfort zone. These first weeks have unquestionably pushed me outside of my comfort zone, and I have endeavoured to uphold these values.

With that said, I struggle with being a “transient”. The latter term is one that locals typically use to designate those living and/or working in Nunavut for a short period of time. Understandably, the word has a rather negative connotation here. There is a sense in which those who are “just passing through for a job” refuse to fully engage with the culture, language, and history of the North. Worse yet, some feel that “transients” use Nunavut as a prime destination for “human rights tourism”. This phenomenon would be problematic anywhere, but its impacts are especially deep in smaller, more insular communities. A fitting metaphor is that of the tundra: Some years ago, a pipeline burst near where I live, requiring a cleanup operation of two trucks and one hour. Today, children play along the tire marks. There is a tundra that grows so slowly that everything passing over it remains embedded in the soil. Transience leaves its trace.

My 40-hour work weeks do not feel like tourism, and I have tried my hardest to be a respectful guest in land which is not mine. Still, I recognise that the nature of this internship forces me into transience. As I document my twelve weeks here, I hope to chart my trace.