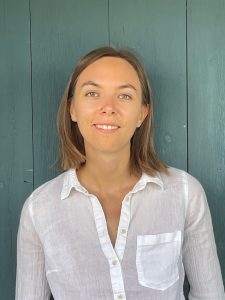 The views expressed in this post are my own.

My internship is already about halfway done. It has gone quite quickly. The work has been a whirlwind, sometimes very heavy, sometimes very light. Each week is different and I am still getting the hang of that rhythm, of trying to wrap up small tasks quickly, as I never know when something bigger might come in. I am really enjoying it – I like the work and the people. I have mainly worked on two big projects so far, one examining whether Russia’s actions in Ukraine meet the legal definition of genocide under a State responsibility framework and one looking at State and individual responsibilities for chronic human rights abuses by one government. The work has not taken me to a new place, but it has exposed me to some new ideas.

Working on these two projects at the same time and against the backdrop of the January 6th hearings back home in the U.S. has caused me to think about how human rights abuses develop. All three of these case studies have emphasized for me that they do not come out of nowhere. Much of the literature I have been reading about genocide describes it as a “process”, a risk that we can become aware of ahead of time if we watch for certain shifts in governing that indicate the slide towards that kind of violence. And Fiona Hill wrote an opinion editorial after January 6th arguing that Trump had committed a “’self-coup’ [in]… slow motion and plain sight”. She identified a number of warning signs that had indicated where he was heading long before the 6th.

One shift that can incite or indicate a potential for human rights abuses is dangerous speech. Part of our report on whether Russia is committing genocide in Ukraine was centered on the question of whether the Russian regime is inciting genocide through dangerous speech. The question of incitement to violence through speech and misinformation has also been raised in the January 6th hearings. I noticed some similarities between the evidence the subcommittee is using to make the case that former President Trump incited the violent insurrection to the logic that our report followed to analyze whether the Russian state bears responsibility for inciting their ground soldiers to genocidal violence.

The ability of speech to incite violence depends of course on the nature of the speech and the narratives it constructs. But the genocide jurisprudence we examined for the Russia report also identified as key “the influence of the speaker, availability of alternative sources of information, and whether the audience was conditioned by the repetition of incitement”. Evidence that can be important for evaluating these questions therefore relates to systemic questions, such as how the speaker has influenced the media landscape in the country in question, as well as empirical evidence about the extent to which the audience has internalized the message.

In Russia, the existence of systemic control is very clear. Russia has state-run media and they have a tight hold over independent news sources that they have only tightened since the invasion, making it nearly impossible to access alternative sources of information. Most of the speakers promoting violence have a great deal of influence, as they include President Putin and other high-level officials. The Defense Ministry has also been requiring their soldiers to read an essay that Putin wrote called “On the Historical Unity of Russians and Ukrainians”, asserting that Russia and Ukraine are “one people” and that any Ukrainians who suggest otherwise are indulging neo-Nazis and Nazism. The soldiers also seem to have absorbed these messages – there are many reports of them parroting lines from Putin or the state-run media while committing violent acts.

Trump, similarly, is a speaker with a great deal of influence as a president. He does not exercise the kind of governmental control over the media that Putin does, and the people who stormed the capitol did have access to alternative sources of information that could have told them that the election was not stolen. However, he did repeat his lie that incited the insurrection over and over again between the election and January 6th, to the point that experts say was enough to incite a reaction. The committee further presented evidence that that conditioning was successful, that his supporters were acting in direct response to his messaging.

The question of dangerous speech was not as central to the other report I have worked on. That report was mainly a list of human rights abuses, largely arbitrary detentions of human rights defenders (lawyers, educators, journalists, protestors, union organizers, members of the LBTQ+ community, environmentalists and others). That difference seemed to me to have something to do with the fact that my other two case studies were focused on particular moments in time (one day for January 6th, and the few months since Russia invaded Ukraine), whereas this case study centered on a chronic problem. Since we were not looking at the beginning of a problem, incitement was not really a question, and I think that is why speech was not as important (though I could be wrong!!).

Still, if one were to look into the origins of this country’s human rights abuses, I am sure they would find a point in history where a person began constructing increasingly violent messages while slowly heightening their control over information and the media, because human rights abuses do not come out of nowhere. There are always early warning signs, because for people to incite these abuses, they need to sow seeds that lead towards them. But people struggle to see them.

This could be its own blog post, but I will close with the thought that this incredulity is a very human thing. After finishing the Russian genocide report, I spent time reading about the history of genocide and genocide responses to write a couple of opinion editorials placing the report in historical context. Again and again, there were people who did notice those early warning signs, but when they tried to warn the people who were at risk, they often could not believe that such a thing could happen where they lived. Many people stayed because of that incredulity. I felt and observed in people a similar disbelief about the risks posed by Covid-19, right up through the first lockdown, and as we went into lockdowns but clung to the idea that the pandemic might somehow end if we just spent a few months in our houses. I also saw it in Minneapolis (my home town), as the unrest following George Floyd’s death grew more violent. We all struggled to believe how violent things might get in our own city. And I saw it with how unwilling many Americans were to believe that Trump would go as far as he did. And yet, it is human too to adjust very quickly once these events do occur and shift the face of one’s life.