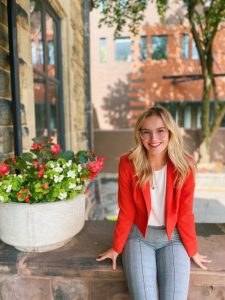 I can distinctly remember learning about HIV criminalization in my first-year criminal law class. In Canada, it is criminalized to not disclose one’s HIV status prior to sexual activity unless a person has a suppressed viral load and used a condom, despite the fact that broad scientific consensus exists that one of these on their own is sufficient to prevent HIV transmission.[i] This is true even where the person had no intention to transmit HIV, posed little scientific risk of transmission, and did not actually transmit HIV. This offence was created in R v Cuerrier when the Supreme Court of Canada stated that HIV non-disclosure, where a realistic possibility of HIV transmission existed, “vitiates” consent to sexual activity, and constitutes aggravated sexual assault.[ii]

As a first-year student with a passion for gender-based violence prevention and response and sexual and reproductive rights, I recall struggling with these cases. On the one hand, informed consent is broadly accepted as critical for sexual activity and is important to protect bodily autonomy and liberty. But, what constitutes informed consent? Typically, we do not ask for our partner’s entire medical history before engaging in sexual activity –– rather we discuss what sexual acts we want to engage in, whether sexual acts will involve a condom or other protection, and with whom. Would society criminalize a sexual partner if they failed to disclose chlamydia? Or COVID-19? While undoubtedly feelings of betrayal and hurt might exist in failing to disclose a communicable infection, like HIV or COVID-19, criminalization is uniquely imposed against people living with HIV, exacerbating the intense stigma they already face.

Women who experience sexual assault may also decide not to report to police for fear of non-disclosure charges or face the risk that vindictive partners will use the non-disclosure law against them after leaving intimate partner violence.[v] Many Indigenous women describe their fears about how they could prove to a court they disclosed if charged following the end of an intimate relationship.[vi] These fears make sense –– a large proportion of the cases where a woman was charged involved Indigenous women and women who had long histories of sexual abuse by men.[vii] For migrant women, criminalization poses additional complications: these women may stay in abusive relationships because of fear that their partners will make false claims that they have not disclosed their HIV positive status, especially if they depend on their partner for sponsorship or economic support.[viii] As a result, HIV criminalization can exacerbate gendered and sexualized violence, rather than adequately respond to it.

Many groups disproportionately experiencing HIV infection are also those that experience the most difficulties accessing treatment, notably due to systemic racism in healthcare, including language barriers, a lack of healthcare services in communities, a lack of culturally relevant services, and racism perpetrated by healthcare professionals.[ix] Often, this means that those most likely to be infected with HIV are also those that will face the most barriers to treatment. Given the law criminalizes non-disclosure unless a person used a condom and have a suppressed viral load, this makes the standard very difficult to attain for the most vulnerable populations. Overwhelmingly, the criminal law is a blunt instrument that fails to account for the nuanced realities facing people living with HIV. Rather than contribute to any public health efforts, HIV criminalization operates as another form of surveillance over bodies that operates based on problematic and racist ideas about “sexual deviants” and which places the entire risk of a global public health problem onto individuals.

On June 20th, these learnings came together at a roundtable hosted by the HIV Legal Network in Toronto to explore alternative responses to the criminal law to HIV non-disclosure. The roundtable emerged from recognition that during non-disclosure, sometimes harm is experienced and alternative responses are needed to support people living with HIV and those that experience gender-based violence, recognizing that these categories often overlap. Participants came from diverse sectors, and included abolitionist activists, Indigenous elders, people living with HIV, including those that have been criminalized for HIV non-disclosure, counsellors from the gender-based violence sector, and lawyers advocating for the rights of people living with HIV. Despite their diverse backgrounds, participants shared many of the concerns I have highlighted regarding the harms that HIV criminalization causes. They also shared the core beliefs that alternatives are required to respond to HIV criminalization, which centre human rights, public health, and transformative justice approaches.

The roundtable was an impactful day because it added a human element to the legal research I have conducted throughout the summer. Several participants shared their lived experience with human rights violations, ranging from racial profiling to incarceration to violence. It was inspiring to witness their strength and motivating to affirm the importance of the work we do.

In wrapping up the roundtable, participants shared the values that they hoped to carry forward as alternative responses to HIV non-disclosure were developed. Participants shared the values of reciprocity, humility, and community, among others. One of the responses that have stuck with me the most is the value of love. Human rights work is fundamentally about love for self, others, and community. Love is an important guiding principle that encourages openness, empathy, dialogue, commitment, and connection. When we centre people at the heart of laws and policies, it requires us to reflect on the concrete impact of such laws and policies. In the context of HIV advocacy, the value of love is relevant across multiple dimensions. First and foremost, as one participant highlighted, sex and pleasure are important aspects of decriminalizing HIV non-disclosure. People living with HIV are entitled to sexual rights and freedom, and sex is one way that love is expressed. Love is also relevant because many groups that have been disproportionately criminalized for HIV also are those that law has historically penalized for expressing their love, including members of the 2SLGBTQ+ community, and Indigenous women, many of whom lost their Indian status by “marrying out” under older versions of the Indian Act.

Love is a principle that is embodied by my co-workers who so clearly respect and value each other and those other activists and advocates that they work with on a routine basis, and is certainly something I will take with me for long after my internship comes to a close.