Ahead of our internships, my peers and I attended information and preparation sessions where we discussed what to expect from human rights work. I remember being told that human rights work can often feel far removed from one’s self – after all, we get to shut our laptops at the end of the day and return to our lives that are typically unaffected by the types of problems facing those in less privileged positions. Though this certainly holds true for many types of human rights work, it did not always turn out to be the case with my work at the Canadian Civil Liberties Association (CCLA). I often saw myself in the work that I was doing.

My first four weeks at the CCLA were spent with the Privacy branch, where I worked on policy reform surrounding the use of facial recognition technology in Canada. Surveillance and the collection of data on Canadians, by corporations like shopping malls or government actors like police forces, is something that affects everyone. It was not difficult for me to recognize that the antiquated state of Canadian privacy laws impacts the way I move through the world, both physically and digitally, and that effective policy reform would produce positive change for everyone.

I am now with the Fundamental Freedoms branch, where I worked on a case in which the CCLA is seeking leave to intervene. The case involves a 24 year-old woman who recently graduated with a Master’s degree in Social Justice and Community Engagement and is now being sued by an anti-abortion group for her online activism. In her TikToks, she encouraged others to sign up for “vigils” outside of hospitals without the intention of ever showing up, which mirrors tactics seen at Trump rallies in the United States. I wrote a legal memo on freedom of expression, the legal limits of protesting, and the impacts of online activism since there is no Canadian jurisprudence on virtual protests. My research was later used in the factum of two partners at a Bay Street firm who were taking on the case on a pro bono basis for the CCLA. Throughout the whole process, I really identified with the defendant and recognized that what happened to her could certainly happen to me, a 24 year-old who also uses social media and is inclined to participate in similar activism.

Finally, I also saw my past self through the education work that the CCLA conducts in their Civil Liberties in the Classroom and Teaching Civil Liberties programs. I remember being in elementary school when my teacher got a poster of the Canadian Charter of Rights and Freedoms for our classroom, and learning more about later in high school when my ethics teacher assigned a creative video project on various Charter rights. I also had the opportunity to sit in on the CCLA’s National Council meeting, where I listened and took notes on progress reports, ideas to continuously improve the organization, funding initiatives, and more. Through this, I saw what long-term future involvement in human rights work could look like.

What my life currently looks like is sitting on my balcony (besides when it’s over 40 degrees outside) and enjoying the company of my neighbour’s husky and cat as I work. It’s a beautiful view, if you ask me. 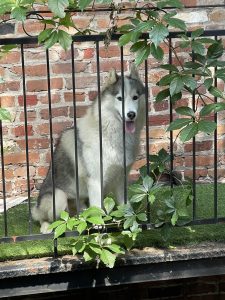 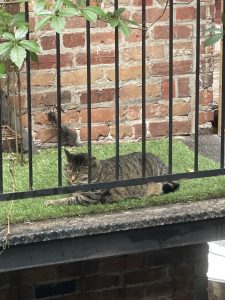 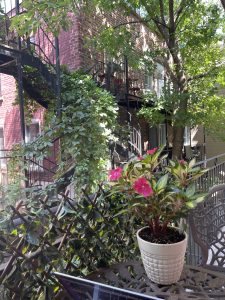